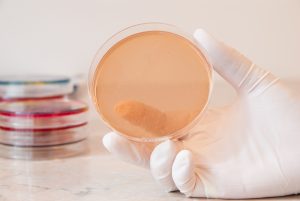 Shigella infections are spreading across the U.S. and becoming resistant to recommended antibiotics. Shigella sonnei bacteria are entering the U.S. with international travelers who spread the infection to those who have not traveled.

So far, 243 people have become sick from the bacteria across 32 states and Puerto Rico, and the Centers for Disease Control and Prevention (CDC) state the bacteria is resistant to antibiotics, making it difficult to treat.

When studying cases of Shigella in Massachusetts, California, and Pennsylvania, the CDC found 90 percent of the tested cases were resistant to ciprofloxacin (Cipro), which is the leading treatment for Shigella.

CDC Director Tom Frieden, M.D., M.P.H said, “These outbreaks show a troubling trend in Shigella infections in the United States. Drug-resistant infections are harder to treat, and because Shigella spreads so easily between people, the potential for more – and larger – outbreaks is a real concern.  We’re moving quickly to implement a national strategy to curb antibiotic resistance because we can’t take for granted that we’ll always have the drugs we need to fight common infections.”

Cipro is commonly prescribed to international travelers as a means to treat diarrhea, but additional research is needed to determine the role Cipro plays in the increasing resistance of Shigella.

Annually, Shigella causes 500,000 cases of diarrhea in the U.S., and it can spread rapidly from person to person through contaminated food or water. Generally, diarrhea caused by Shigella does not require treatment, but antibiotics are prescribed in order to reduce duration of diarrhea.

The CDC recommends – in light of the growing antibiotics resistance of Shigella – that doctors use lab testing in order to determine which antibiotics will be effective to treat Shigella.

Prevent shigellosis by reducing the risk of infection 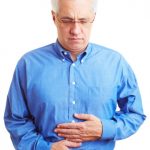 Although generally Shigella does not require treatment as it passes on its own, sometimes complications may arise. One of those complications is a condition known as Reiter’s syndrome, which is a reactive arthritis that typically follows a bacterial infection.

Reiter’s syndrome occurs when the immune system begins to attack itself instead of fighting off Shigella, causing symptoms like joint pain and inflammation, as seen in other forms of arthritis.

Other complications of Shigella include blood stream infections, seizures, and hemolytic-uremic syndrome (HUS), which is when bacteria enter the digestive tract and produce a toxin that destroys red blood cells. Diarrhea in HUS is bloody, and HUS with Shigella is found most commonly in Shigella dysenteriae.

Shigella infection is caused when bacteria enter the body, which can occur through the mouth by touching the mouth, ingesting contaminated food, or swallowing contaminated or untreated water.

Symptoms of Shigella include:

Doctors can use laboratory testing of a person’s stool to help diagnose Shigella. The same process to diagnose Shigella can also be used to help determine which antibiotics will be useful in treating the particular strain of Shigella.

Generally, diarrhea caused by Shigella can be left untreated, as it will pass within a week’s time. It is a good practice to stay hydrated when experiencing diarrhea, as much fluid is lost. Keeping hydrated will also lower the risk of complications like dehydration and even fainting. You may also want to alter your diet to stomach-friendly foods like toast, applesauce, rice, and bananas, which are easier on the digestive tract.

Some over-the-counter medications can be used to reduce the frequency of diarrhea, like Imodium, for example.

Many strains of Shigella are antibiotic-resistant, so if your doctor is going to prescribe antibiotics as a treatment, it is best that they test which strain you have to determine which antibiotic treatment will be most effective.

Lastly, similar to any illness, it is highly recommended that you take it easy and rest, give your body the time it needs to heal, and not overexert yourself.