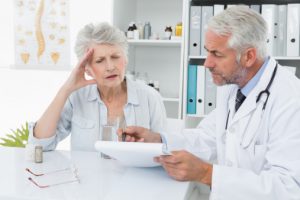 Occasionally, rational people display symptoms of paranoia, delusional thoughts, and believe they hear voices, but these instances are generally one-offs and can be explained sensibly after the episode has passed. This isn’t the case for those who suffer from severe mental illness (SMI), as it encompasses a wide range of chronic mental health conditions that affect mood, thinking, and behavior, and have ongoing signs and symptoms that cause frequent stress affecting their quality of life. Examples of these conditions include schizophrenia, depression, and addictive behaviors. The danger is that SMI is exacerbated by a new study stating those with severe mental illness are also at increased risk for cardiovascular disease.

Researchers at King’s College London have completed a meta-analysis of severe mental illness and cardiovascular disease, including heart disease, heart attack, and stroke. It is considered the largest ever of its kind and looked at over 3.2 million patients and more than 113 million people from the general population. By examining 92 studies across four continents and 16 different countries, the researchers showed that 10 percent of people with a severe mental illness had cardiovascular disease, with slightly higher rates seen in schizophrenics and depressed patients.

Finding a reason for this correlation was of prime importance to the researchers. They identified that important risks for cardiovascular disease development in the SMI-patient population included antipsychotic medication use and high body mass index. These are modifiable risk factors that are often neglected by physicians. The researchers hope that this study will prompt doctors to proactively manage patients cardiovascular disease risk factors in the future.

“These findings are a stark reminder that people with SMI are being left behind, at a time when the health of the general population as a whole appears to be benefitting from public health initiatives to reduce the burden of cardiovascular disease. We found that the prevalence of cardiovascular disease in people with severe mental illness (SMI) was higher in more recent studies, which suggests that our efforts so far have been unsuccessful in reducing the health gap between people with SMI and the general population.

People with SMI die much earlier than those without these disorders, yet the majority of these premature deaths may be preventable with care that prioritizes lifestyle changes, such as exercise, better nutrition and stopping smoking, along with cautious prescribing of antipsychotics,” said Dr. Brendon Stubbs from the Institute of Psychiatry, Psychology & Neuroscience at King’s College London.