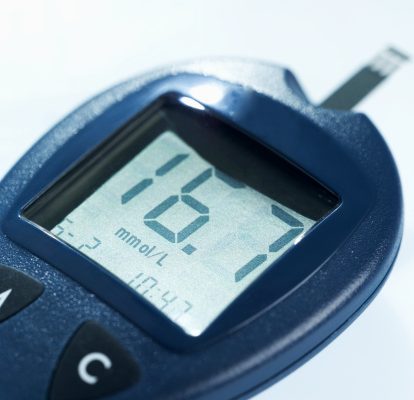 The researchers conducted the study, “because cardiovascular disease, possibly caused by severe hypoglycemia, may be the cause of excessive mortality observed among diabetic patients in the intervention arm of the recent large-scale trial [Action to Control Cardiovascular Risk in Diabetes] ACCORD,” explained Dr. Noda. He added, “We tried to search [for] the link between hypoglycemia and cardiovascular disease. We also tried to detect the difference in pathophysiologic effects of hypoglycemia between type 1 and type 2 diabetic patients.”

The researchers conducted their research on 414 cases of diabetes and severe hypoglycemia in patients who visited emergency rooms between 2006 and 2012. Patients with type 2 diabetes generally were older, and type 1 diabetics were more likely to have a history of cardiovascular disease. Patients’ vital signs and ECG tests were reviewed by the researchers.

The researchers explained some of the differences seen between the two types of diabetes along with hypoglycemia, noting, “Type 1 diabetic patients typically have fewer comorbidities (such as hypertension and dyslipidemia) and have a weaker counter-regulatory response to hypoglycemia . . . [as a result of] frequent episodes of hypoglycemia.”

Previous research has also found a link between hypoglycemia and cardiac arrhythmia in type 2 diabetes patients. Senior author Dr. Simon Heller said, “We found that hypoglycemia was fairly common, and that nocturnal episodes in particular were generally marked by a pattern whereby glucose levels dropped to low levels for some hours during which patients slept.”

Heller added, “These periods of hypoglycemia were associated with a high risk of marked slow heart rates [bradycardia] accompanied by [abnormal] beats. We have therefore identified a mechanism which might contribute to increased mortality in individuals with type 2 diabetes and high cardiovascular risk during intensive insulin therapy.”

In diabetes, low blood sugar is commonly found, even though diabetes is known to raise blood sugar to dangerous levels. Low blood sugar can result from the very same medication that is intended to help prevent high blood sugar. In order to combat low blood sugar, the body requires insulin.

“Your body needs fuel to survive and run properly. During hypoglycemia, the body is low on energy. When hypoglycemia is more severe, the brain [which runs on sugar] can get confused and stop functioning. If the blood sugar gets low enough, hypoglycemia can be fatal,” added Dr. Simon Fisher, associate professor and coauthor of an accompanying editorial to the study.

In the small-scale study, 25 patients with type 2 diabetes were included, with an average age of 64. They were all treated with insulin for at least four years.

The participants wore a glucose monitor for five days, along with a 12-lead Holter monitor for the heart. 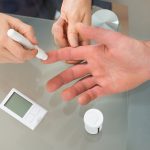 All the combined research reveals that hypoglycemia can complicate illness and contribute to worsened health outcomes. The moment you begin to experience symptoms of hypoglycemia you should seek medical attention immediately. Furthermore, if you’re diabetic, ensure you are checking your blood sugar often and that it does not dip to low.

CDC urges to check your risk for diabetes

The Centers for Disease Control and Prevention (CDC) urges individuals to check their risk for diabetes, as 86 million Americans are prediabetic. Knowing your risks and reducing them can spare you a diagnosis of prediabetes. Continue reading…