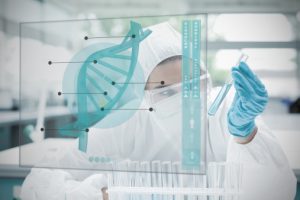 When we were young, staying up late was exciting. Flash forward to our adult years and all of a sudden we start to value sleep. However, we often go to bed beyond a typically normal time, but not by choice. Tons of adults have problems falling asleep at night. This is often referred to as having insomnia, a sleep disorder characterized by having trouble sleeping.

Most people think insomnia is a purely psychological condition arising from a busy mind or a mental condition. However, for the first time, new research has found several genes linked to insomnia.

“As compared to the severity, prevalence, and risks of insomnia, only a few studies targeted its causes. Insomnia is all too often dismissed as being ‘all in your head.’ Our research brings a new perspective. Insomnia is also in the genes,” said Professor Van Someren, a specialist in sleep and insomnia.

Getting enough sleep is important for our overall health. A severe lack of sleep can affect us both mentally and physically, leading to a poor quality of life compared to those who get adequate amounts of sleep. Complications of insomnia include:

The researchers believe that this new discovery is the beginning of truly understanding sleep disorders and that it can potentially lead to new treatments.

The study in question sampled the DNA of over 113,000 individuals. The researchers were able to isolate seven genes linked to insomnia. These genes were found to be involved in the release of molecules that communicate with their environment.

It was found that genetic variants in the genes contributed to several sleep disorders, including restless leg syndrome (RLS) and periodic limb movements of sleep (PLMS). The researchers found it fascinating that sleep disorders characterized by restless movements and sensations were linked to insomnia, which is characterized by a restless stream of consciousness. Strong genetic associations with anxiety disorders, depression, and neuroticism were also seen.

“This is an interesting finding because these characteristics tend to go hand in hand with insomnia. We now know that this is partly due to the shared genetic basis,” says neuroscientist Anke Hammerschlag.

Interestingly, differences in genetic variants were seen between men and women, possibly suggesting that the biological mechanism for insomnia development may not be the same.

While further research is needed to explore how this will eventually affect insomnia treatment, the research team is hopeful that this discovery will be the basis of future treatment.