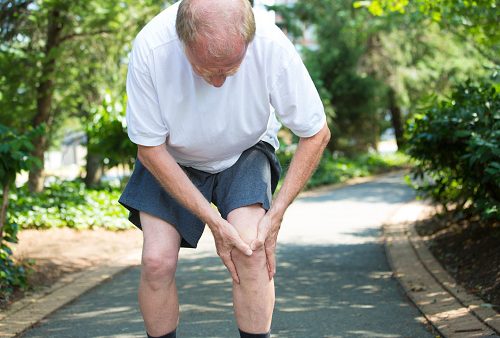 Researchers at the University of Delaware have discovered that putting seniors on a strict exercise and diet plan could reduce the onset of knee pain if they have diabetes.

A common cause for knee pain among seniors is osteoarthritis. Knee pain can mean more trips to see the doctor and a limited ability to perform daily tasks. Relieving knee pain is especially important for seniors with Type 2 diabetes as staying active helps manage that disease.

For the latest research some participants received intensive lifestyle intervention (ILI) while others received standard Type 2 diabetes mellitus support and education (DSE). Both groups measured knee pain after one year and again after four years.

Participants achieved weight loss through caloric restriction. Exercise was unsupervised and conducted at home. As the study progressed, participants built up their exercise time to 175 minutes a week.

White noted that people in the general population were not included in the study, only people who were diabetic and overweight.

“Among those we studied who were randomized to the diet and exercise intervention, it was found that they were 15 percent less likely to develop knee pain compared with their counterparts randomized to the control condition,” said White.

In comparing the results between the groups after the first year, researchers noted those who received ILI had a slight, but significant improvement in warding off knee pain. After four years, the differences in improvement between both groups was minimal and insignificant. Researchers note changes after four years may not have been as significant because people may not have followed the program as strictly.

“These findings are very important,” said White. “They demonstrate that the recommendations to exercise and diet do make a difference for preventing the development of knee pain among those who are at high risk.”

The findings reiterate the importance of healthy lifestyle choices as a means for good health. The study was published in Arthritis Care and Research.