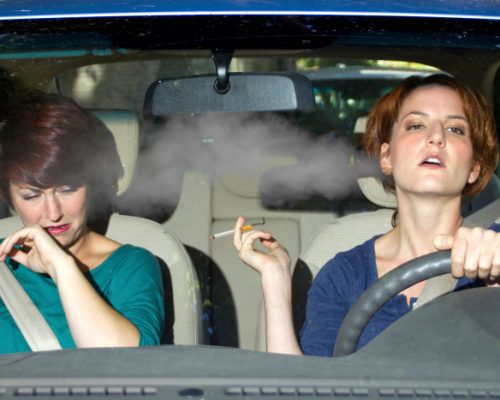 A new study has linked secondhand smoke to nonsmokers’ risk of stroke by 30 percent.

Stroke accounts for every one in 19 deaths in the U.S and is the leading cause of disability. Deaths from smoking and secondhand smoke are estimated at more than 480,000 annually, according to the CDC.

Data was used from the Reasons for Geographic and Racial Differences in Stroke (REGARDS) study. This data consisted of mortality rates of Caucasian and African Americans as well as cardiovascular events of those over the age of 45. The data was adjusted for stroke factors – hypertension, diabetes, heart disease.

Researchers noted that between April 2003 and March 2012, there were 438 strokes among the group of 22,000 participants. The majority of these strokes were due to a blockage preventing blood flow – or an ischemic stroke.

“Our findings suggest the possibility for adverse health outcomes such as stroke among nonsmokers exposed to SHS (secondhand smoke) and add to the body of evidence supporting stricter smoking regulations,” says Angela Malek, study author.

“Future research will need to investigate the role of cardiovascular disease risk factors in the association and explore potential exposure to additional environmental variables, such as ambient air pollutants, in relation to stroke.”

The findings were published in the American Journal of Preventative Medicine.