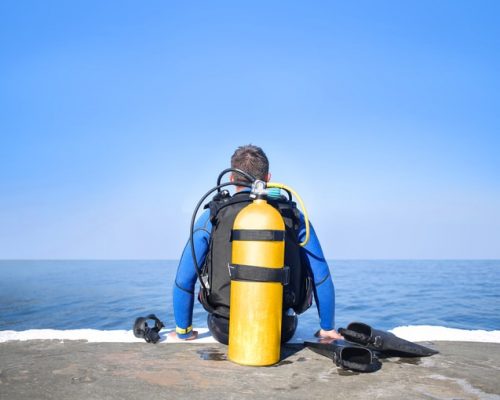 Many people have a fear of scuba diving because of what they could encounter under the water. New research may give you another reason to be afraid, though, because the results of a recent study show that scuba divers over the age of 65 are at risk of having a heart attack under water, especially if they’re also overweight. Anyone thinking of going scuba diving, even with a guide, should address their health issues and intentions before hand with their doctor.

For those wondering how common it is for the elderly to scuba dive, a survey of 5,067 individuals and 5,711 households found that 17 percent of adults over the age of 65 in the United States participate in scuba diving casually or professionally. They also showed that these numbers have been steadily rising by around one percent per year.

The rate of death related to scuba diving in this population has become over 20 percent of all diving mortalities. This is not a small portion of the population, hence the need for awareness of the risks that these divers may be taking by participating in the activity.

While the rate of death for recreational activities overall is fairly low, deaths related to cardiovascular health have been increasing steadily. “Cardiac issues are now a leading factor in diving fatalities,” said study author Peter Buzzacott, from the University of Western Australia. This is concerning because most scuba diving licenses or certifications are valid for a lifetime, so after the initial health screening, divers don’t have to prove they’re fit enough to dive. “Divers who learned to dive years ago and who are now old and overweight, with high blood pressure and high cholesterol, are at increased risk of dying.”

One-third of those who did scuba diving as their main form of physical activity were over the age of 50. The data showed that 54 percent of scuba divers were or had been smokers at one point, compared to 46 percent of the non-divers, but were also more likely to have quit smoking than the control group (40 percent compared to 26 percent).

The data also showed that divers were generally more overweight than the non-divers, but had a lower overall average body mass on the body mass index. The rates for high blood pressure and high cholesterol were comparable between the two groups.

“Never before in history have so many people been exposing themselves to these extraordinary environmental stresses and, for the first time ever, we now have a large number of people who have spent their entire lives regularly scuba diving,” Buzzacott said, adding, “none of us are as young as we once were, and it is important that we stay in shape for diving.”