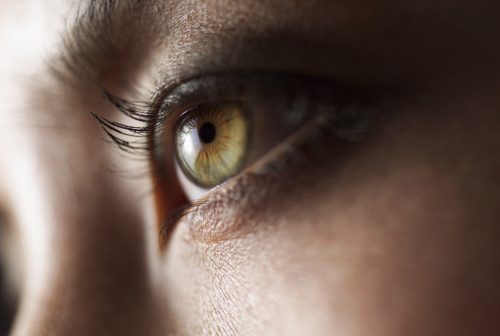 Scleral icterus is a disorder that is characterized by yellowing of the part of the eyes that is normally white. This condition can be indicative of a dysfunctional liver. In general, when a person presents with yellow eyes, the first thing that comes to mind is a problem with the liver, such as liver disease.

Scleral icterus can be commonly seen in newborn babies, but in this case it is usually due to the fact that their livers are still immature. Cases of scleral icterus require serious testing for liver enzymes to identify potential long-term problems.

Understanding what’s going on in your liver is required to know why scleral icterus occurs. Normally, when red blood cells break down they produce a pigment byproduct called bilirubin. This pigment is excreted into bile and then into the intestines for elimination. Sometimes, bilirubin processing becomes compromised, resulting in the symptom of yellow eyes.

When a disease or illness inhibits this ability to process bilirubin, it doesn’t get converted by the liver. Instead, bilirubin stays in the bloodstream and eventually becomes deposited in tissues such as the whites of the eyes. Problems of blood circulation to the liver or problems in the liver itself can lead to the presentation of scleral icterus. Excess bilirubin can become deposited in the skin too, also causing a yellowish discoloration.

The following are some of the most common causes of scleral icterus development:

Biliary colic: Due to the blockage of bile flow in the gallbladder. This is commonly the result of gallstone obstruction. Symptoms include abdominal pain or a feeling of pressure in the upper abdomen.

Alcoholic hepatitis. An inflammatory condition of the liver caused by excessive consumption of alcohol. This condition usually develops when a patient drinks alcohol over a long period of time. Symptoms often include pain or swelling in the abdomen, weight loss, and loss of appetite.

Infectious mononucleosis. Commonly referred to as “mono,” this condition is caused by the Epstein-Barr virus (EBV) and is commonly transferred via kissing. Symptoms typically include swollen lymph glands, a sore throat, and high fever.

Hepatitis virus. A highly contagious liver infection. Several types of hepatitis viruses that cause liver inflammation exist, affecting its function. Hepatitis A, for example, can be contracted from contaminated food and water sources, but has symptoms that typically resolve on its own.

Liver cirrhosis. This is an irreversible liver condition, and can be the result of chronic alcoholism or even hepatitis B or C infection. Symptoms often include weakness, loss of appetite, and yellowing of the skin (jaundice).

The recognition of scleral icterus is often as simple as seeing it in the eyes. The majority of diagnostic testing is finding out the reasons behind it. A number of tests are implemented to check liver enzymes including bilirubin. These tests can be useful for differentiating individuals with naturally dark sclera and those with liver disease. Having family members to help create a point of reference can be useful, as the people around you are more likely to see changes in the eyes before the patient.

Treatment for scleral icterus depends on the underlying process leading to it. Scleral icterus points to a problem with bilirubin metabolism, with the liver being the prime suspect for abnormality. Those who are infected with a viral condition will see the resolution of their yellowing eyes once the virus has been eradicated. In cases of liver cirrhosis where other treatments have failed, a liver transplant is the only option. Newborns who have scleral icterus typically only need phototherapy, which helps convert the bilirubin in their skin into its metabolized form.

Related: What are the early signs of liver damage?

Prevent liver disease with these tips

Is your liver healthy? Watch out for these six symptoms