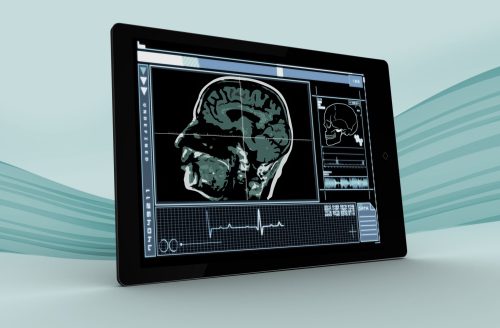 If you have ever tried to find your way around a high-tech device and not been quite sure what to do, there is a good reason you should keep trying to figure it out.

A new study from the University of Texas at Dallas’ Center for Vital Longevity has revealed that challenging older adults with seldom or never-before-tried activities, like using tablet computers, might boost cognitive abilities. And eventually, it could help delay or even ward off age-related dementia.

The study, published in The Gerontologist, expanded on previous ones that found adults who engaged in cognitively demanding activities, such as quilting and photography, improved their memories and the speed in which they processed information. Basically, participants spent an average of more than 15 hours each week using an iPad tablet.

The iPad, in particular, was used for the study because it is portable and it has large visual icons well suited to the “cognitive, visual and motor capabilities of older adults,” according to researchers.

RELATED READING: When you’re afraid your memory is declining

After using their tablets for 10 weeks, study participants were tested to see just how quickly they could compare lists of numbers. Their results were compared to other older adults who joined social clubs or stayed home, doing less demanding activities, like playing word games.

It was a small study of only 54 adults aged 60 to 90, over the course of three months. Roughly one-third of all participants were placed in an iPad group and trained to use their tablets to complete various projects and perform specific tasks. On average, they spent more than 15 hours every week on a tablet for 10 weeks.

Next, the iPad group’s results were compared to two control groups. The first one was a placebo group that completed activities that required no skill and were therefore less demanding, like watching movies, for example. The other was a social group, which socialized for 15 or more hours every week. They mainly talked about common conversation topics like travel and history.

Before and following the 10 weeks of activities, all three groups were given the same cognitive tests. These included standardized measures that assessed participants’ mental abilities, such as their speed in comparing lists of numbers and their immediate recall.

By comparing all scores, researchers were able to spot significant improvements in the memory and processing speed of those who used the tablets.

“Although some individuals in the two control groups also experienced some cognitive improvements, the iPad group showed significantly more improvement over time,” a University of Texas at Dallas researcher told The Gerontologist.

Seniors more tuned into technology than ever

Is there real-world potential for this study, though, when many seniors find technology and adapting to the age of internet unappealing and hard to get a handle on? Perhaps surprising, statistics show they are more tuned in than ever.

The PewResearchCenter, a front-runner in media content analysis, says in the United States, 89 percent of adults go online per day, and 59 percent of those adults are over the age of 65. Seniors don’t use social media like their younger counterparts, but…statistics collected in 2014 say 27 percent of people over 65 own a tablet or an e-reader or both, while 18 percent own a smartphone.

Whether or not tablet use actually improves an older person’s brain function, one thing is clear: It makes modern living far easier for them. It provides the life skills needed to complete everyday tasks and better cope with the aging process.

According to researchers, tablets allow older adults to do their shopping, complete their online banking and secure their medical care. After all, the apps for these devices are fairly diverse. They provide a nearly endless way for older adults to participate in a variety of activities well into their golden years.