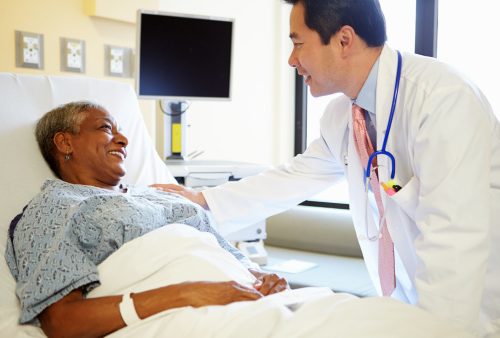 Researchers at Johns Hopkins University School of Medicine conducted a study recently that suggests a stroke can help the recovery process in certain cases.

These findings are a clear indication that motor function isn’t permanently closed after brain damage from an earlier stroke. The complete details of the “window of opportunity” for post-stroke recovery can be got from the Dec. 31, 2015, online issue of Neurorehabilitation and Neural Repair.

For their study the researchers trained the mice to reach through a slit in their cage with their front paw and grasp food pellets affixed to a bar. This is a task which four-legged animals don’t naturally perform.

After 10 days of training, the researchers found the mice were fairly proficient at the task and achieved, on average, a 50% success rate in grabbing the pellets.
The researchers then induced a stroke in the motor cortex of the mice’s brains, post which the mice were unable to perform the task. After waiting a week they trained the mice for almost three weeks at the end of which the mice could only achieve a 30% success rate in grabbing the pellets.

After the second stroke, the researchers found that just one day of training was sufficient for the test group mice to grasp the food pellets at a more than 50% success rate. But the mice in the control group did not improve their success rate even after longer periods of training.

While the researchers emphasize that the results of their study should not be taken as a case for inducing strokes as a therapy, the do suggest the brains of mammals who have suffered a stroke may be far more “plastic”. They hope that their study paves the way for more studies aimed to come up with safe and ethical ways that can exploit this plasticity reopen the recovery window for people with stroke-induced depleted motor function.

According to Steven Zeiler, M.D., Ph.D., assistant professor of neurology at the Johns Hopkins University School of Medicine, their study clearly demonstrates that there is a sensitive period following stroke where it’s easiest to relearn motor movements. He believes that reopening or extending the optimal recovery period after a stroke can play a crucial role in helping treat stroke patients better.

The team plans to find other ways to reopen the window of recovery and make use of the optimal recovery window. Currently, a related study is investigating the importance of intense and early rehabilitation in patients to enhance brain plasticity after stroke.