Home » Anti-Aging » Scientists Baffled By The Girl Who Stopped Aging 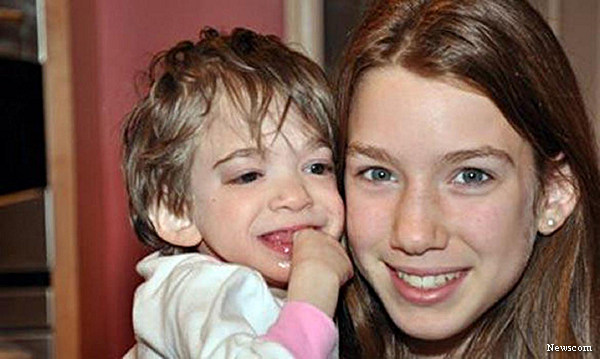 Brooke Greenberg has become a sort of celebrity in the scientific community. Being a 20-year-old stuck in the body of a five-year-old, she may hold the key to certain anti-aging genes.

Brooke was born prematurely at a mere 4 pounds. Brooke’s parents believed that over time, Brooke would catch up to other kids her age, developmentally. When her sister was born, however, that optimism slowly began to fade. In a matter of years, Brooke’s younger sister had outgrown her. Brooke Greenberg remained trapped in the body of a five year old for most of her life. In addition, she had to deal with a myriad of health problems such as ulcers, and stomach pains.

Doctors decided, after hearing about her condition, to screen Brooke’s DNA for any abnormalities within the genes associated with aging, but there were none to be found. No one from Brooke’s family had ever shown even the slightest sign of developmental abnormalities. Because they know so little about it, scientists refer to Brooke’s condition simply as “Syndrome X.” The condition is caused by what is now known as the “Peter Pan gene.”

After lengthy discussions, experts have come to the consensus that the condition starts before the child is even born, inside the womb. A month before birth, growth begins to slow down, and this trend may continue even after conception. In the case of Brooke Greenberg, all of her physical and cognitive development froze at the age of 5. Brooke is not the first to experience Syndrome X. While a few cases have been reported in the U.S. and globally, all of these cases remain unexplained to date.

The Secrets of Aging and How we Might Unlock Them

Brooke’s tragic death on October 24 has left many questions unanswered. By studying her DNA, scientists are hopeful that they may unlock the secrets of aging. In order to honor the memory of their daughter, Brooke’s parents consented to allow researchers at the Icahn Institute for Genomics and Multi-scale Biology at the Mount Sinai Medical Center in New York City to sequence Brooke’s DNA. Her father, in an interview with NBC news in 2005, referred to his daughter as “The Fountain of Youth.”

Brooke’s DNA sequencing is spearheaded by Dr. Schadt. He and his team are currently hunting for specific genetic abnormalities in Brooke’s DNA. He explained that the stem cells from Brooke’s skin can be used to study the special genes that stop its aging, as well as any other biological factors his team might identify. After isolating these variables, the team will begin analyzing them, to determine how they contributed to Brooke’s condition, and whether they could be used to help intentionally increase longevity.

Although genetically halting the aging process is highly improbable, scientists believe they can harness the power of Syndrome X in more realistic, practical ways. For example, by incorporating the Peter Pan gene into drugs, they can augment the healing process in humans.

Dr Schadt stated in an interview that ”Brooke’s contribution to human well-being ultimately could be a reduction in our overall disease burden. [She is] a gift to modern medicine and humanity.”