Home » Anti-Aging » The Scientific Breakthrough That Can Reverse Aging 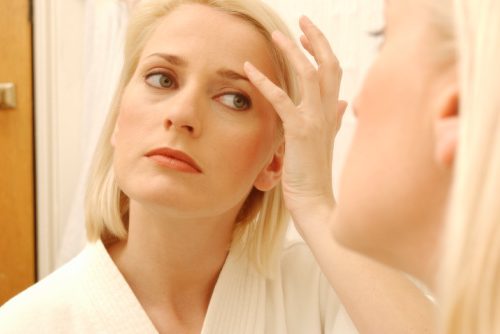 For decades, people have been unsuccessfully trying to fight against the ravages of time.  But researchers now believe that a small section of the brain may hold the key to everlasting youth.  Researchers from the Albert Einstein College of Medicine at Yeshiva University  discovered the main pathway of the aging process in mice, leading to hopeful advancements in uncovering the source of aging in humans as well.

The report, published in Nature, may lead to the development of new treatment options to defend against diseases associated with aging and thus help people live longer, healthier lives.

What is the Hypothalamus?

While the hypothalamus is a very small structure in the brain, it is responsible for a number of vital functions in the body. It produces hormones that control the sleep-wake cycle as well as body temperature, hunger, thirst, emotional response and sex drive.

In addition to controlling these functions in the body, the hypothalamus is responsible for releasing hormones from many glands in the body, especially the pituitary gland.

The Hypothalamus and Aging

As aging occurs, changes occur to the inflammation levels in various body tissues. Inflammation is also a key characteristic in many diseases associated with aging, including metabolic syndrome, heart disease, neurological disease and several forms of cancer.

Inflammation involves a number of different molecules and a protein complex called NF-kB (nuclear factor kappa-light-chain-enhancer of activated B cells). This is at the center of the inflammation process.   Because of the significant role that NF-kB plays in inflammation, Dr. Cai and colleagues focused on this protein complex for their current study.

The researchers found that activating the NF-kB protein complex in mice dramatically accelerated the aging process. These results were based on physiological, cognitive and behavioral test factors, where decreases in cognitive and physiological abilities are associated with aging. Results showed that the mice had decreased muscle strength and size, decreased elasticity of skin and a decreased ability to learn new tasks. On the other hand, mice that had a NF-kB pathway block in their hypothalamus had slower aging rate and about a 20 percent increased lifespan.

Not only did activating the NF-kB pathway speed up the aging process, it also decreased the level of gonadotropin-releasing hormone (GnRH). GnRH is produced in the hypothalamus and is associated with reproduction.  As a result, the researchers tested their theory that a decreased GnRH production may be associated with aging.  They injected the GnRH into a hypothalamic chamber of the mice and found that the hormone protected the mice from weakening the development of brain neurons (called neurogenesis – a common characteristic of aging).  Interestingly, when aged mice were given daily injections of GnRH for a prolonged period of time, the rate of cognitive decline was less apparent.

Recent research has possibly found new ways to defend us against aging and the decline of brain function that often accompanies aging.   Preventing the hypothalamus from creating inflammation by blocking the NF-kB pathway, and increasing neurogenesis with GnRH injections, are two possible strategies that might help people to live longer, healthier lives.  This research brings hope to all of those individuals looking for timeless youth.