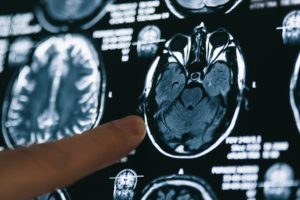 With Alzheimer’s disease cases growing, there is a strong need for further treatment of this memory-stealing disease. Researchers everywhere are working hard to not only better understand Alzheimer’s disease, but to find better modes of treatment for it, and they may be closer than ever.

Researchers from the University of Buffalo may have found a way to reverse memory loss in mouse models, which is a huge breakthrough for Alzheimer’s disease research.

The researchers used mice with gene mutations for familial Alzheimer’s disease and analyzed post-mortem brain tissue from individuals who had Alzheimer’s.

Senior author of the study, Zhen Yan, explained, “We found that in Alzheimer’s disease, many subunits of glutamate receptors in the frontal cortex are downregulated, disrupting the excitatory signals, which impairs working memory.”

The study found that in both animal and human brain tissue, loss of receptors was a result of repressive histone modification. Histone modifiers alter chromatin structures, which influences how DNA gains access to the machinery involved in transcription.

A better understanding of these mechanisms has led the researchers to more targeted modes of treatment. “Our study not only reveals the correlation between epigenetic changes and AD, but we also found we can correct the cognitive dysfunction by targeting the epigenetic enzymes to restore glutamate receptors,” Yan added.

Mice were injected three times with inhibitors of the enzyme that catalyzes repressive histone modification, which yielded the rescue of cognitive function. This was confirmed through tests of recognition memory, spatial memory, and working memory.

Cognitive improvements lasted about a week, and these findings have prompted the researchers to concentrate their research on the development of an enzyme inhibitor that better penetrates the brain to make the effects of memory restoration last longer.