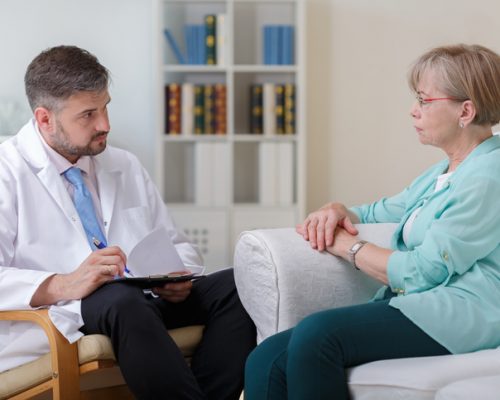 Schizophrenia is a disorder which affects how a person thinks, feels, and acts. Schizophrenics have a difficulty distinguishing between what is real and what is imaginary.

Signs and symptoms of schizophrenia

As with many mental disorders, there is no clearly defined cause of schizophrenia, but there are several factors that may come into play. Genes, chemical imbalances in the brain, family relationships, environmental triggers, and the use of drugs are all factors that can contribute to the onset of schizophrenia.

Symptoms of schizophrenia include:

Delusions of persecution: The belief that ‘others’ are out to get them, often centered around bizarre ideas and plots.

Delusions of reference: Neutral environments take on special or personal meanings, for example, a patient may believe a billboard message is meant directly for them.

Delusions of grandeur: Belief that they are famous or important. May believe they possess special powers that others do not have.

Delusions of control: The belief that one’s thoughts or actions are being controlled by an outside source such as aliens, for example.

Schizophrenics often have difficulty concentrating or maintaining a train of thought. They may reply to questions with unrelated answers or begin sentences on one topic and end on another. Common signs of disorganized speech include loose association (constantly switching conversation topics), neologisms (made-up words), preservation (saying the same thing over and over again), and clang (meaningless use of rhyming words).

Schizophrenics may experience a decline in their ability to care for themselves and interact with other people. Disorganized behavior is manifested through deterioration of the daily functioning, inadequate emotional reactions, strange behavior with no purpose, and lack of inhibition and control.

These are traits that are “lost” from one’s personality, characterized by lack of emotional expression, lack of interest or enthusiasm, lack of interest in the world, social withdrawal, apathy, and speech difficulties.

Spotting the signs and symptoms of schizophrenia can help start the treatment sooner. With proper therapy, schizophrenia patients can live a normal life. Even though there is no cure, symptoms can be well managed. Medications are often prescribed to relieve hallucinations and delusions. Antipsychotics, in particular, can help with any chemical imbalances in the brain.

By integrating a combination of medical and non-medical treatments, a person with schizophrenia can very well live a normal life.