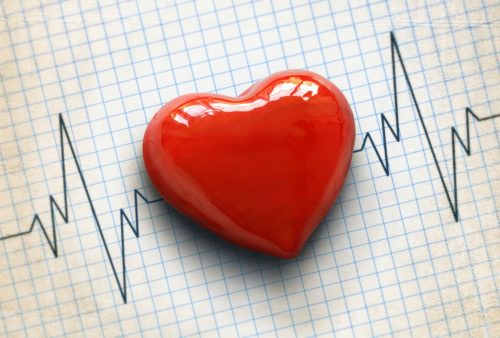 Patients with schizophrenia have a higher risk of heart disease and respiratory disease, according to the latest findings. Schizophrenia is a mental disorder characterized by the hearing of voices that do not exist, believing someone else is controlling their mind, and being in a state of distress, which can lead to social withdrawal.

Individuals with schizophrenia may seem perfectly normal until they reveal their paranoid thoughts or hallucinations. It can be very stressful to care for a loved one with schizophrenia; patients often cannot hold a job or care for themselves.

A study published in JAMA Psychiatry uncovered that schizophrenia patients have a higher risk of death from heart and respiratory diseases. Tobacco was seen to be a large modifiable risk factor for this. Much previous research has shown a link between schizophrenia and tobacco use.

Economic disadvantage, negative health behaviors and difficulty obtaining and adhering to medical treatment are all risk factors, which can all contribute to early death for a schizophrenic person.

The authors of the study identified a group consisting of 1.1 million Medicaid patients with schizophrenia who had died – 65,553 of those deaths had a known cause.

Cardiovascular disease was the highest cause of death among the patients, accounting for one-third of the deaths. Respiratory conditions, such as COPD and pneumonia, also ranked high as a cause of death in schizophrenics.

The study concluded, “The results from this study confirm a marked excess of deaths in schizophrenia, particularly from cardiovascular and respiratory disease, that is evident in early adulthood and persists into later life. Especially high risks of mortality were observed from diseases for which tobacco use is a key risk factor. These findings support efforts to train mental health care professionals in tobacco use prevention and treatment and in implementation of policies that incentivize smoking control interventions in settings treating patients with schizophrenia.” 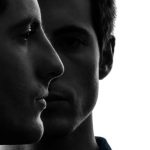 Previous research has found a link between schizophrenia and heart disease as well. One study published in the American Journal of Human Genetics expanded and developed the genetic link between the two conditions.

First author of the study, Dr. Ole Andreassen, said, “These results have important clinical implications, adding to our growing awareness that cardiovascular disease is under-recognized and under-treated in mentally ill individuals. Its presence in schizophrenia is not solely due to lifestyle or medication side effects. Clinicians must recognize that individuals with schizophrenia are at risk for cardiovascular disease independent of these factors.”

The researchers aimed to uncover genetic DNA variants that would genetically link schizophrenia with heart disease. Principal investigator, Anders M. Dale, Ph.D., said, “Our approach is different in that we use all available genetic information for multiple traits and diseases, not just SNPs [single nucleotide polymorphisms] below a given statistical threshold. This significantly increases the power to discover new genes by leveraging the combined power across multiple GWAS of pleiotropic traits and diseases.”

Co-author Dr. Rahul S. Desikan said, “Our findings suggest that shared biological and genetic mechanisms can help explain why schizophrenia patients have a greater risk of cardiovascular disease. In addition to schizophrenia, this new analysis method can be used to examine the genetic overlap between a number of diseases and traits. Examining overlap in common variants can shed insight into disease mechanisms and help identify potential therapeutic targets for common diseases.” 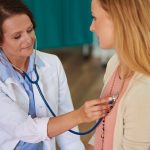 The researchers examined data from 8,028 individuals whose lung function was measured. Psychosis was diagnoses using guidelines presented in the DSM. 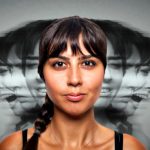 With proper support from family, friends, medical professionals and proper management, it is possible for a person to live with schizophrenia. Treatment may be difficult initially because many patients believe they don’t need help and feel their delusions or hallucinations are real; however, with support they can effectively stick with a treatment program to help them live a normal life.

Initial treatment may take place in a hospital, where the patient will be assessed. Doctors will determine if the person requires involuntary or voluntary admittance into a treatment program. After diagnosis and treatment has been laid out, family and friends can help support the individual and ensure they are taking their medications as instructed and attending follow-up appointments.

In same cases, family and friends are unable to care for their loved one and may require assistance from a medical caregiver.

As long as a schizophrenia patient follows through with their treatment, they will be able to live a normal life.

Common treatment for schizophrenia involves medications, therapy and self-help resources. Anti-psychosis drugs are mainly used to minimize hallucinations and reduce psychosis. Other methods to treat schizophrenia involve changes to diet. It has been shown that following a paleo-style diet can improve symptoms related to schizophrenia and boost cardiovascular health and overall well-being as well.

A diet plan for a schizophrenic consists of:

With traditional treatment and diet changes a schizophrenic can have greater success in living a normal everyday life.