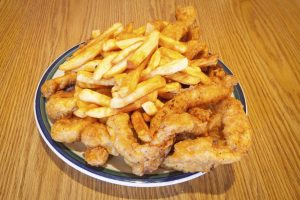 The incidence of non-alcoholic steatohepatitis (NASH) is on the rise. About 15 years ago only 4% of liver transplant patients were NASH patients. Today, that number has gone up to 20% and in the next 15 years, thanks to the advances in Hepatitis C, it is expected to become the #1 reason for liver transplants.

And now a team of translational scientists at the Medical University of South Carolina have discovered a new reason for bad prognosis in obese NASH patients. Their reasoning and all other details of the study are published in the October 19, 2015 issue of Journal of Lipid Research.

When people consume excess dietary fats over a prolonged period of time, fat deposits form in the liver and could become a catalyst for NASH to develop. In the early-stages of NASH, there are no physical symptoms. With the current obesity epidemic in the USA, it’s not surprising that nearly 30% of people in the U.S. have NASH. Though obesity is linked to NASH, the team wanted to determine why, in some obese people NASH worsens to an irreversible stage that calls for a transplant.
According to co-lead author, Lauren Ashley Cowart, PhD, Associate Professor of Biochemistry and Co-Director of the MUSC Center of Biomedical Research Excellence in Lipidomics and Pathobiology, obesity doesn’t cause the disease, but plays a role in its progress.

The team suspected that inflammation stemming from a lipid molecule called sphingosine-1-phosphate (S1P) might be responsible for the progress of the disease.

Another co-lead author, Kenneth D. Chavin, M.D., PhD, a transplant surgeon in the MUSC Health Department of Surgery, took biopsies from human livers during transplant surgery and supplied them for the study.

Prof. Cowart worked with these samples to determine the levels of sphingosine kinase 1, the enzyme that makes S1P. Her team relied on the MUSC Sphingolipidomics Core laboratory, one of only a handful of such facilities in the country capable of developing the new methods needed to examine S1P for their study. The aim of the study was to identify the S1P receptors responsible for inflammation in NASH, with the ultimate goal of designing treatments to prevent the need for a liver transplant in obese patients with NASH.

To get a better understanding as to why S1P causes inflammation, the team developed a new and highly improved preclinical model of NASH. In this model lab mice were fed on custom-designed diets of either high saturated fat or high unsaturated fat.

The researchers noticed that while mice on each type of diet became obese, only the mice on the saturated fat diet developed inflammation and NASH-like pathology stemming from S1P.

This mice study mimicked the human studies, where researchers discovered that the livers of obese people with non-alcoholic steatohepatitis had double the normal amount of sphingosine kinase 1

From the results of both the clinical and pre-clinical studies, the researchers concluded that it’s likely that saturated fat raises S1P levels in obese people, and S1P in turn, causes the inflammation that characterizes NASH.
Both the co-senior authors of the study are optimistic that the results of their study will not only help slow down the prevalence of NASH but may help prevent cirrhosis and liver cancer.