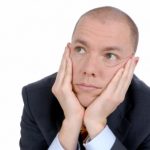 Our brain is considered as the central controller of our bodies, often influencing the way we think, speak, and act, and thus can affect the quality of relationships we maintain with family members, friends, and co-workers.

The brain also promotes the production of essential proteins for the body, including those that are related to reproduction and digestion.  During the process of aging, our brain undergoes certain changes that may influence our memory and capacity to process information.  Physicians thus encourage the elderly to keep their brain busy everyday in order to prevent forgetfulness and to enhance memory.

We are also aware of certain brain disorders that affect memory, resulting in different levels of forgetfulness.  It is often saddening to find that certain elderly individuals have lost their memory and that forgetfulness decreased their quality of life, especially when they forget the names of certain loved ones, or do not remember birthdays of family members.  In certain cases, people suffering from memory loss even forget when they live or could not recall their home people numbers.

Memory and Daily Routines – The Report

Although the brain and memory loss has been strongly associated among the elderly, a recent medical report has shown that this form of forgetfulness may also affect younger individuals.  In a recent medical report published in the journal, Frontiers in Neurology, it has been shown that sleep disturbances associated with breathing can increase the likelihood of forgetfulness in an individual.  This sleep disorder, also known as obstructive sleep apnea, involves difficult in breathing while asleep, thus resulting in a sudden awakening of a person.  Most of these cases of sleep apnea are associated with snoring.  The mechanism behind this breathing disorder during sleep often involves the blockage of the upper respiratory tract, thus preventing air to enter the lungs.  Certain individuals generally show symptoms of choking during sleep, whereas others often snore during this form of sleep apnea.

According to the medical report, this breathing problem during sleep often involves preventing air from entering the lungs and thus the body suddenly awakes when the level of oxygen in the body becomes low.  The study examined the effects of this sleep disorder in the performance of the study participants, including their capacity to process information and the extent of memory loss or forgetfulness.  The information that they gather was also useful in determining the actual role of this breathing disorder on the activities of the brain.

The medical report showed that this breathing disorder during sleep often results in a lower performance of the brain, thus making it more difficult for an individual to work, study, or even interact with other people.  It appears that this breathing problem influences the capacity of the brain to process information on a daily basis and thus further medical research is needed to fully understand its role in forgetfulness.

The study also showed that although this breathing disorder can happen in various age groups; its occurrence among the elderly may further increase the risk of dementia or the severe form of memory loss.  It is thus important for everyone to recognize the occurrence of breathing problems during sleep and to take the necessary remedies to improve nocturnal rest.

RELATED READING:  10 Ways to Rejuvenate Your Brain at Any Age!

Although the association between memory loss and this breathing disorder during sleep is strong, the authors of the medical report were unsure on whether forgetfulness and the poor performance of the brain was influenced by the lack of oxygen in the brain or the insufficiency of sleep.  However, most physicians often recommend that certain medications or natural remedies be used in order to prevent the occurrence of obstructive sleep apnea and to improve the quality of sleep that an individual receives each night.