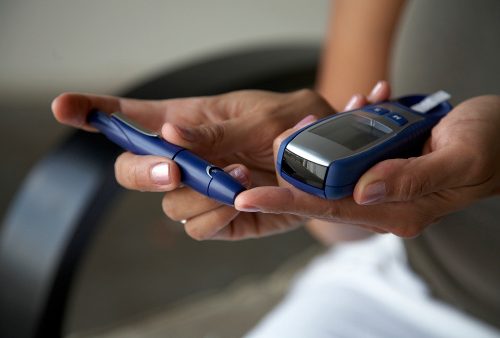 There is a genetic link between those who have Type 2 diabetes developing Alzheimer’s disease according to findings from the Icahn School of Medicine at Mount Sinai.

By using findings from a recent genome-wide association study (GWAS), researchers aimed to uncover genetic factors that contribute to both Type 2 diabetes and Alzheimer’s.

GWAS examined differences in points of the genetic code. These differences translate into different traits, for example a higher risk of cardiovascular disease. Even small differences have a large impact on DNA.

Previous research indicated complications around Type 2 diabetes increased a person’s risk of Alzheimer’s, but the exact cause was unknown.

“We identified multiple genetic differences in terms of SNPs (single nucleotide polymorphisms) that are associated with higher susceptibility to develop type 2 diabetes as well as Alzheimer’s disease,” said Dr. Pasinetti from the Icahn School of Medicine said.

“Many of these SNPs are traced to genes whose anomalies are known to contribute to T2D and AD, suggesting that certain diabetic patients with these genetic differences are at high risk for developing Alzheimer’s. Our data highlights the need for further exploration of genetic susceptibility to Alzheimer’s disease in patients with T2D.”

By understanding the genetic connection between Type 2 diabetes and Alzheimer’s disease researchers hope new therapeutic solutions can begin to emerge.

The findings were published in Molecular Aspects of Medicine.