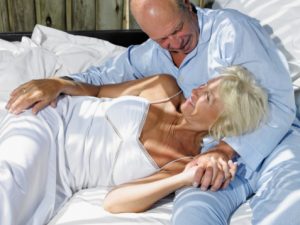 Published in the Journal of the American College of Cardiology, researchers determined that sex does not increase the risk of heart attack and heart attack patients can return back to sexual activities without fear of a second heart attack.

Sex may be deemed a risk of heart attack, especially in those who have had a heart attacked due to exertion. Data reveals that sex can actually offer many benefits to the heart specifically. Data also reveals the level of exertion during sex is actually less than walking up stairs or going for a brisk walk.

To achieve their results the researchers examined 536 heart patients between the ages of 30 and 70, looking at their sexual activity within the 12 months prior to their heart attack. From this they were able to estimate an association between previous sexual activity and future cardiac events.

Lead author, Dietrich Rothenbacher, said, “Based on our data, it seems very unlikely that sexual activity is a relevant trigger of heart attack. Less than half of men and less than a third of women are getting information about sexual activity after heart attack from their doctors. It is important to reassure patients that they need not be worried and should resume their usual sexual activity.”

Sexual performance may be inhibited as a result of a heart attack; it has been associated with erectile dysfunction due to side effects from medications. In this regard, doctors should be open with their patients about what to expect regarding changes in sexual ability.