Home » Health News » Risk of Diabetes Is Doubles When People Are Lonely: Study 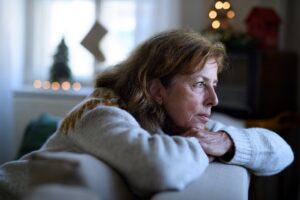 Loneliness has been linked to several conditions, but new research suggests that diabetes could be added to the list. A new study published in Diabetologia
has found that feelings of loneliness are associated with a significantly higher risk of developing type 2 diabetes.

For the study, researchers used data from the HUNT study, a database containing the health information (from self-reported questionnaires, medical examinations, and blood samples) of more than 230,000 people that was obtained through four population surveys. The association between loneliness and the risk of developing type 2 diabetes was examined, and whether insomnia and depression play a role.

Researchers found that higher levels of loneliness were strongly associated with a higher risk of type 2 diabetes when assessed 20 years later. It was recorded that people who responded “very much” when asked whether they felt lonely were twice as likely to develop type 2 diabetes than those who did not feel lonely.

The study also showed that the relationship between loneliness and type 2 diabetes was not altered by the presence of depression, sleep-onset insomnia, or terminal insomnia. However, it was noted that there was evidence of a link to sleep maintenance insomnia.

Researchers believe this link involves psychological stress. Loneliness can create a chronic, long-lasting state of distress which may activate the body’s physiological stress response. The mechanisms behind this are still not fully understood. Still, it is believed to play a central role in developing type 2 diabetes through temporary insulin resistance brought on by elevated levels of the stress hormone cortisol.

This process has also been previously found to involve changes in the regulation of eating behavior by the brain. This can lead to an increased appetite for carbohydrates and subsequently elevated blood sugar levels.

As previous studies have shown, lifestyle factors can play an important role in disease prevention. Diet, physical activity, limiting smoking and alcohol, and social interaction as vital in helping people reduce their risk. As this study shows, loneliness can increase the risk of diabetes, so getting involved in social activities or joining clubs or groups can help with not only feelings of loneliness but overall health.