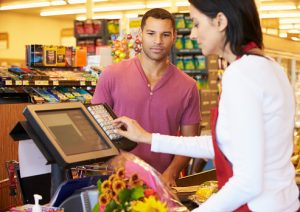 By now, you probably have already heard of all the threats around prolonged sitting. In fact, here at Bel Marra Health, we have numerous articles outlining the dangers of prolonged sitting. And some experts are even suggesting that sitting is the new smoking, meaning that’s how dangerous it is for you.

You would think then that the simple solution for prolonged sitting would be to stand. But unfortunately, that may not be the answer after all. In fact, prolonged standing has been found to nearly double your risk of heart disease, according to research findings.

The study included 7,320 Torontonians—men and women—who were followed for an average of 12 years. Information including job details and government records about the development of heart disease were also analyzed. Overall, 3.4 percent of participants developed heart disease—4.6 percent among men and 2.1 percent among women.

Job types were divided into groups based on sitting or standing habits. These groups included sitting; standing; a combination of sitting, standing and walking; or other body positions like crouching and bending.

The study found that those in standing jobs were twice as likely to develop heart disease compared to those who had sitting jobs. The findings remained even after considering other contributing factors of heart disease such as body mass index, physical activity, and physical demands of work to name a few.

The correlation between prolonged sitting and a higher risk of heart disease may stem from blood pooling in the legs while standing, as well as the heart overworking itself to circulate blood around the body. So, for those in occupations that cause prolonged standing, the solution is then to have stools or chairs available for when there is a need to sit.

Now, don’t take this new study as permission to get back to sitting all day. Prolonged sitting is still dangerous for you just like prolonged standing.

The takeaway from these studies is that any position done in excess can be dangerous for your health. Therefore, you need a healthy balance of sitting and standing. But, above all, you need to integrate physical activity into your daily life to help ease the effects of both positions.
In the study, they found that men with combination jobs—those that involve sitting, standing, and moving—had a reduced risk of heart disease. Unfortunately, the same results were not found among women, who actually had a higher risk of heart disease in combination jobs.

So far, there isn’t a clear explanation for the differences in heart disease risk among the sexes. But if you take a closer look at combination movement jobs, men tend to be in fields like couriers or store managers. Women, on the other hand, are typically in roles as teachers, cashiers, and nurses, which require different movements.

Once again, the takeaway here is to keep a balance between your sitting, standing, and movements as much as possible to protect your heart. Furthermore, work to reduce other controllable risk factors that increase your risk of heart disease such as not smoking, reducing stress, eating well, regular exercise, and managing your weight.

Blood pressure differences when lying down, standing up, and sitting

10 ways to lower your risk of heart disease