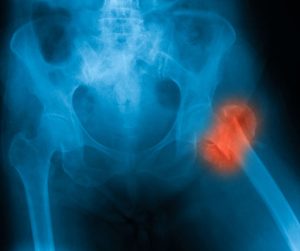 After experiencing a hip fracture, the risk of death for adults over 60 increases drastically, and this higher risk may persist for as long as eight years, according to a recent study.

Previous research has found that the risk of death in adults over 60 who have a hip fracture nearly triples in the first year following the accident, but recent findings suggest that the risk of death is still doubled for as long as eight years or more after the injury takes place. This increased rate of morbidity may be explained by post-operative complications in the cardiac and pulmonary systems, including blood clots and pneumonia.

Also, as older patients who have sustained a hip fracture are less likely to be physically active, they may also have a higher risk of experiencing functional decline and disability, which could later contribute to death. Persistent frailty may also be present due to chronic inflammation associated with the fracture and subsequent operation.
These results were based on a study of data that included almost 123,000 adults who were enrolled in various studies from the 1980s to the early 2000s. All participants were at least 60 years old at the beginning of their study, and none had ever fractured their hip before. Lasting an average of 13 years, the studies found approximately 4,300 participants suffered a hip fracture while 28,000 died. There was an association found between fracturing a hip and a high risk of death in men especially, as well as in individuals with chronic diseases like heart disease, cancer, and diabetes.

In the United States alone, approximately 300,000 adults over the age of 65 suffer a hip fracture each year, highlighting the link between this injury and an elevated risk of death. Researchers recommend prevention as the best strategy to combat death due to complication associated with hip fractures, as well as proper diagnosis of osteoporosis, the leading underlying cause of fractured hips.