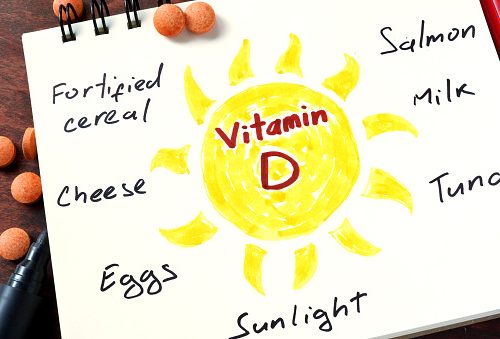 If you find yourself experiencing more severe or frequent headaches in the winter months, it may be due to a vitamin D deficiency, according to new research recently published in Scientific Reports. You are considered deficient in vitamin D when your serum vitamin D level drops below 50 nmol/l, and this correlates to chronic headaches that occur on a weekly basis.

The study was conducted by the University of Eastern Finland, and researchers used data previously collected for the Kuopio Ischemic Heart Disease Risk Factor Study, or KIHD, to draw conclusions about the relationship between vitamin D levels and headaches.

The vitamin D serum levels of 2,600 men between the ages of 42 and 60 were analyzed and compared to reports of headaches that occurred on at least a weekly basis. Participants were divided into four separate groups based upon their vitamin D serum levels, and the group with the lowest levels had nearly double the risk of experiencing chronic headaches in comparison to the group with the highest levels.
Chronic headaches were also more frequently reported by men who were examined outside of the summer months of June through September, as the sun’s UVB radiation was not as strong and, as a result, less vitamin D was naturally absorbed.

This link between lower serum vitamin D levels and chronic headaches suggests that a vitamin D deficiency could be the cause of weekly headaches. Fewer incidences of chronic headaches were reported in the summer months, when the sun’s rays are strongest and provide more vitamin D naturally, also adding to the study’s findings. The University of Eastern Finland is currently conducting a trial to see if there are benefits or adverse side effects to supplementing vitamin D for a long period of time as a way to reduce headaches, as well as to lower the risk factors for other diseases.

Can dry eyes cause migraines and headaches?