Home » Men's Health » Is Riding a Bike Safe for Your Health? 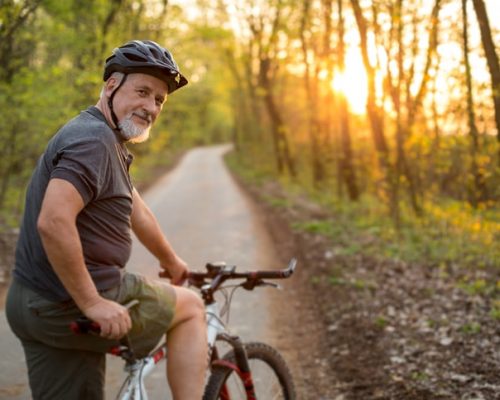 It has long been believed that men who cycle were at a higher risk of urinary problems and sexual dysfunction. The good news is that the latest reports suggest this is nearly a myth and men no longer need to worry that cycling will take a negative effect on their health.

The belief that cycling is bad for men came from the idea that pressure from the seat could lead to urinary problems or even sexual dysfunction.

The men were given surveys that asked questions about their urinary and sexual health. Answers were compared between cyclists and non-cyclists. The findings concluded that there were significant differences between the two group of men.

Sexual and urinary health was also examined among the participants. The study cannot prove that cycling leads to urinary or sexual problems or the other way around. For example, men with urinary problems may not take part in cycling for fear of needing to urinate.

Additionally, the survey may be lacking in men who experience sexual problems as they may be less inclined to answer such personal questions.

On one hand, the study did not prove that cycling leads to urinary and sexual problems, but it also doesn’t refute it.

The researchers concluded, “Cyclists had no worse sexual or urinary functions than swimmers or runners, but cyclists were more prone to urethral stricture. Increased time standing while cycling and a higher handlebar height were associated with lower odds of genital sores and numbness.”

Cycling is still seen as a good way to exercise and stay active. If you’re concerned about sexual or urinary problems, you should speak to your doctor.