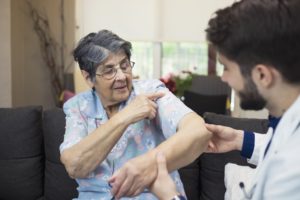 A new study published in Arthritis & Rheumatology has shown that those with a higher level of physical activity may have a reduced risk of developing rheumatoid arthritis.

The study assessed participants from the Nurse’s Health Study II, which was a study done from 1989–2015 that included information on 116,430 registered nurses in the United States aged 25–42 years. The researchers collected data from the participants about their physical activity exposure and controlled variables using questionnaires.

To reduce the potential for any bias, the study determined average physical activity during the two to eight years before RA diagnosis. For those who reported rheumatoid arthritis on the questionnaire or screened positive on a supplemental survey, medical records were reviewed by two independent rheumatologists to confirm the diagnosis.

Jeffrey A. Sparks of Brigham and Women’s Hospital and Harvard Medical School told Healio Rheumatology, “Previous studies have shown that metabolic factors such as being overweight or obese and dietary intake are important for RA risk. Therefore, we investigated whether levels of physical activity affected subsequent risk for RA. Since limitations of physical activity may be a presenting symptom, we took special care to make sure that there was a time separation between the physical activity assessment and RA onset.”

Sparks and his colleagues analyzed the data of 113,366 women after excluding those with baseline RA or other connective tissue diseases. They found that there were 506 cases of RA during a follow-up period of 2,428,573 person-years. After adjusting for diet, smoking, and BMI at age 18 years, increasing the average total hours of physical activity per week was associated with a lower risk for RA.

The conclusion of the study showed the effects of physical activity on RA. Active individuals had a 20 percent lower risk for seropositive RA and 14 percent reduce risk for all rheumatoid arthritis.

This study along with numerous others shows the importance of exercise in daily activities. As a general goal, aim for at least 30 minutes of moderate physical activity every day. Reducing sitting time is important too. The more hours spent sitting each day, the higher your risk of health problems such as rheumatoid arthritis.