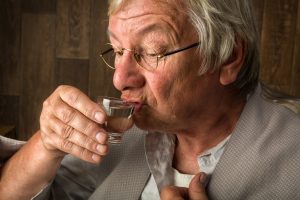 A few alcoholic beverages every week can reduce the chances of getting painful rheumatoid arthritis. In fact, having two to four beers each week may decrease the odds in women by more than 30 percent.


Rheumatoid arthritis strikes women at a younger age than men

This painful form of arthritis typically affects more women than men. Rheumatoid arthritis is a form of arthritis closely linked to the dysfunction of the immune system. It causes inflammation that can cause other issues within the joints and organs, especially the heart.

Given the numbers, you might want to find your favorite brew sooner than later. According to the Arthritis Foundation, more than 1.5 million Americans have the disease, which usually begins between ages 20 and 30 in women, and strikes a bit later in men.

Symptoms vary from person to person and can change on a daily basis. They include pain and fatigue, as well as warm, swollen, reddish joints. Long periods of joint stiffness are common in the morning, while inflammation in the smaller joints, such as those in the hand and wrist, can also occur.

There is no cure for rheumatoid arthritis. But early diagnosis of the disease and prompt treatment are crucial to preventing joint and organ damage. Various medications can also help lower inflammation and slow the progression.

Still, the information contained in the alcohol study by the NHS may be particularly important to someone with a family history of the disease. It echoed previous studies that showed a connection between alcohol and reduced risk of rheumatoid arthritis over time.

But that doesn’t mean that one necessarily leads to the other, Dr. Len Horovitz of New York City’s Lenox Hill Hospital says, “Mechanism of action is very complex.” In his words, there are several contributing factors, and the patient’s immune system needs to be taken into account when you’re considering prevention with alcohol.

Although a few drinks may help improve rheumatoid arthritis, moderation is key, and excessive alcohol consumption may be putting your health at risk. Some dangers associated with alcohol consumption in rheumatoid arthritis include an increase risk of falls, osteoporosis because alcohol can contribute to low bone density, dangerous interactions with NSAIDs causing stomach bleeding, liver damage, muscle weakness, low quality sleep, and depression.

In the meantime, as scientists look to back up the NHS findings, a bit of moderate alcohol consumption may give you some peace of mind. Talk to your doctor if you are unsure about the implications of drinking, even moderately.