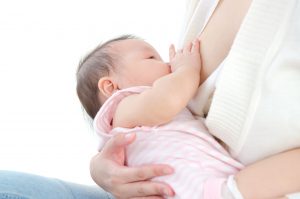 The researchers used data from 7,349 older Chinese women over the age of 50. The women answered questionnaires pertaining to their sociodemographic history, disease and lifestyle history, obstetric history, breastfeeding history, and history of oral contraceptive use. The women were also asked whether they had been diagnosed with rheumatoid arthritis and were inspected by trained nurses for any swelling or tenderness.

The majority of women had at least one live birth and 95 percent of those women breastfed for at least a month. Only 11 percent of women used oral contraceptives, and the mean age for rheumatoid arthritis diagnosis was 47.5.

The researchers concluded, “Women who took part in this study were born in the 1940s and 1950s, before China’s one-child policy was introduced in the late 1970s, and at a time when breastfeeding was more prevalent. The consequent decline in breastfeeding supports the need for prospective studies to examine whether there will be a higher incidence of RA in the future. More importantly, replication of the association between breastfeeding and lower risk of RA in a different population reinforces the need for further research to understand the hormonal mechanisms involved in the onset of RA.”


Connection between rheumatoid arthritis and breastfeeding

You probably already know that breastfeeding is beneficial for your baby, but you may be more inclined to breastfeed now that you can benefit and reduce your risk of rheumatoid arthritis, too.

Rheumatoid arthritis and fibromyalgia cause a negative body image perception in women: Research

Is gluten-free diet good for rheumatoid arthritis? The celiac disease and arthritis connection