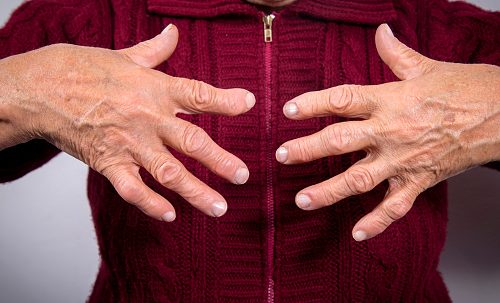 Rheumatoid arthritis (RA) raises the risk of fractures in young women, according to the Mayo Clinic. Although men were also found to have a higher risk of breaking bones, their risk was associated with older age, whereas for women, it was under the age of 50. It has already been established that rheumatoid arthritis patients over the age of 50 face a higher risk of broken bones, but little has been known for those under 50.

The researchers looked at two groups of 1,155 adults each, one group with a rheumatoid arthritis diagnosis and the other without. Each patient was matched based on age and gender with a participant from the control group. The participants’ medical records were reviewed for incidences of broken bones. The researchers found that in patients with rheumatoid arthritis, new fractures were more likely to be reported in women, compared to men.

Additionally, women under the age of 50 with rheumatoid arthritis were more likely to have a new fracture – compared to their healthy counterparts – while men’s risk didn’t arise until much older age.

Lead researcher Dr. Shreyasee Amin said, “Understanding what contributes to the risk for fractures for all with rheumatoid arthritis, including young women, would help us better prevent them.”

Symptoms of rheumatoid arthritis can directly affect the joints, but there are also many symptoms that do not affect the joints, but are important nevertheless. These include fatigue, low-grade fever, and loss of appetite. A general state of not feeling well may be present for months prior to the onset of joint-related RA symptoms.

Detecting rheumatoid arthritis early on can put you on a path for better RA management, which can reduce symptoms and improve life quality overall.