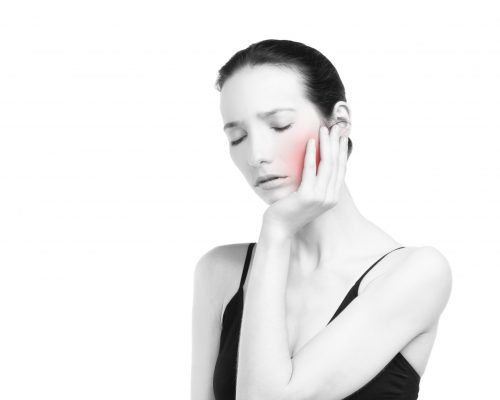 Rheumatoid arthritis, or as some refer to it, RA, appears to have a close relationship with periodontitis, which is inflammation of the tissue around the teeth.

Researchers from the Case Western University School of Dental Medicine and University Hospitals of Cleveland have reported that people who suffer from periodontitis and who also have rheumatoid arthritis were able to reduce their arthritic pain, swelling in joints, and morning stiffness, when they cured their dental problems.

Gum disease and rheumatoid arthritis have been linked for some time, but dentists normally treated it by pulling teeth or prescribing antibiotics for the periodontitis. However, researchers discovered through studying a group of patients with rheumatoid arthritis and teeth problems that both diseases share biological mechanism that leads to the health problems.

The periodontal disease and rheumatoid arthritis link was examined mainly from an inflammatory factor point of view. Both RA and periodontitis are inflammatory diseases caused by bacterial infection. One toxin called TNF-a, Tumor Necrosis Factor-Alpha, is a marker that is present in the blood if you have inflammation in your body. It can aggravate areas where inflammation already exists, or create new infections.

Study patients were divided into four groups. Two groups received a drug that blocks the production of TNF-a at rheumatoid arthritis sites. The other two groups were not on the medication. At least half of the group on the medication and half not on the medication got teeth cleaning and infection removal from the gum areas. Those who were on the TNF-a treatment showed greater improvement over those not receiving the drug.

The results of the study are giving doctors hope that they may one day be able to use biologic agents to treat rheumatoid arthritis and dental health.

A study conducted through the University of Louisville’s School of Dentistry back in 2013 shows that oral health and arthritis have a close association. Researchers concluded that bacterium responsible for periodontitis worsens RA by leading to earlier onset of the arthritis. In particular, they noticed increased bone and cartilage destruction. They discovered that the bacterium known as PAD produces a unique enzyme that enhances the so-called collagen-induced arthritis. This is a form of arthritis, much like RA, that is produced in a laboratory. The enzyme turns certain proteins into intruders that lead to an immune attack. With rheumatoid arthritis, this leads to the chronic inflammation that destroys bone and cartilage in the joints.

The researchers looked at other bacterium, but it showed no relation to arthritis and dental health. The scientists are confident that the original bacterium (PAD) they tested suggests a strong link between rheumatoid arthritis and dental problems, especially when it comes to the progression of RA. 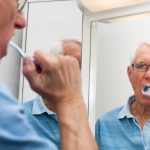 If you have rheumatoid arthritis and dental problems, then you likely know these come with everyday challenges. Most people find brushing teeth an easy task. But many people with RA are having trouble gripping a toothbrush and working with floss, since the disease affects the joints in the hands.  Officials with the American Dental Association say, in cases like this, an electric toothbrush is warranted.

Here are some other helpful oral health tips for people who have RA:

Scientists have been examining rheumatoid arthritis and dental problems for quite some time. They just haven’t been able to get this close to understanding the pathogenic mechanisms. The American Arthritis Foundation confirms that there have been a number of studies over the last decade pointing at a rheumatoid arthritis and teeth relationship. These studies make a case for treating gum disease to avoid the painful symptoms and life challenges that come with RA.

A few years ago, Italian researchers reported that tooth loss was linked with joint problems in a group of 366 first-degree relatives of people who suffered from rheumatoid arthritis, which put them at a higher risk of getting arthritis themselves. Additionally, an examination of over 6,000 men and women with moderate to severe periodontitis back in 1998 showed they had more than twice the risk of rheumatoid arthritis compared to those with mild or no periodontitis.

Previous research has linked gum disease to heart disease, diabetes, and even premature births. Many in the dental field, including those involved in the research of the pathogenic mechanisms, believe that growing evidence linking gum disease and rheumatoid arthritis will give people another reason to recognize that good oral health improves overall health.