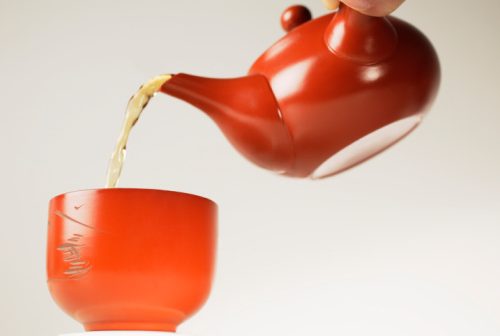 The researchers examined a phytochemical called epigallocatechin-3-gallate (EGCG), which is found in green tea and known to work as an anti-inflammatory within molecules. The researchers suggests that EGCC has the potential to treat RA-related inflammation and tissue damage because the molecule blocks the effects of the disease without blocking other cellular functions.

Ahmed added, “This study has opened the field of research into using EGCG for targeting TAK1 – an important signaling protein – through which pro-inflammatory cytokines transmit their signals to cause inflammation and tissue destruction in rheumatoid arthritis.”

The findings were confirmed in pre-clinical animal models of human rheumatoid arthritis, where ankle swelling significantly reduced within 10 days after receiving EGCG.

Food can be a great and easy resource when it comes to combating inflammation, as many different foods have properties that can reduce and control inflammation within the body. Therefore, whether your have rheumatoid arthritis or other inflammation in the body, consuming these foods can help reduce inflammation and, in turn, lessens symptoms.

Coriander: A study by researchers at All Institute of Medical Sciences in New Delhi found that patients injected with coriander (cilantro) showed significant improvements in their RA symptoms, similar to those who received steroid injections.

Ginger: A common ingredient for stomach relief, ginger can also help alleviate inflammation as it contains chemicals that act as anti-inflammatory. But consume with caution, as ginger works as a blood thinner.

Pineapple: The stem of pineapple contains bromelain, which has been shown to reduce inflammation in RA. The stem of the pineapple isn’t edible, so you will need a bromelain supplement in order to receive its benefits.

Blackstrap molasses: Although research is limited, many patients with RA swear by the inflammation benefits of blackstrap molasses. A large study in the American Journal of Clinical Nutrition found that individuals with high amounts of magnesium and potassium had stronger bones, which led to less joint pain. Blackstrap molasses is very rich in such nutrients and that is why it may benefit RA patients.

Sour cherries: Zashin is found in sour cherries and that’s what makes them good anti-inflammatory foods. Cherries are also rich in antioxidants, which fight off free radical damage.

Parsley: Parsley has been shown to have anti-inflammatory properties. In one particular study, rats were fed parsley, which was shown to reduce inflammation in their paws. Instead of just using parsley as a garnish, consider consuming more of it in order to combat inflammation.

By adding these foods into your diet, you can obtain greater relief from inflammation, whether you have rheumatoid arthritis or other joint pain caused by inflammation.