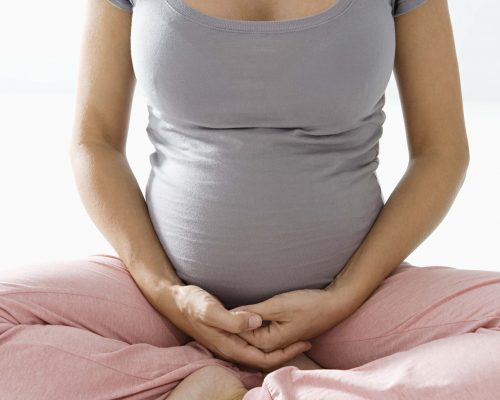 A study by researchers in Denmark suggests that pregnant women suffering from rheumatoid arthritis (RA), an autoimmune disease that causes chronic joint inflammation, are at increased risk for premature delivery and underweight babies.

It must be kept in mind that the study, which was published in the journal Arthritis & Rheumatology, was only designed to find an association between premature births and rheumatoid arthritis, and it should not be concluded that RA caused the premature births.

As part of the study, researchers analyzed data from almost two million births in Denmark between 1977 and 2008. The team found that more than 13,500 of the participating women had rheumatoid arthritis or were diagnosed with the condition after giving birth.

However, rheumatoid arthritis in fathers had no effect on the risk of premature birth or the baby’s weight.

Based on the findings, the study leader Ane Rom of Copenhagen University Hospital believes that obstetricians should be cognizant of the increased risk of pre-term birth in women with RA. She also adds that further investigation needs to be done to assess the long-term health effects for children born to mothers with RA.

Women with RA probably won’t have any more trouble getting pregnant than other women. However, in a 2006 study, researchers at the University of California, San Francisco, found that women who had RA prior to the birth of their first child had the fewest pregnancies and children.

Before trying to conceive, women with RA are advised to consult with their doctor about rheumatoid arthritis and pregnancy. Special focus must be given to the medications they are taking, as some of the medications can adversely affect the fetus from the earliest days of pregnancy. The ideal scenario is to taper off these drugs and switch over to less harmful alternatives at least a couple of months before conception.

This is also a good time to discuss prenatal vitamins and folic acid supplementation with a doctor to help reduce the risk of certain birth defects.

Many women notice that their RA symptoms lessen during pregnancy. While researchers aren’t 100 percent sure why pregnancy might reduce the severity of the RA symptoms, they have several theories. One of the better accepted theories is that pregnancy may dampen the woman’s immune system to keep her body from seeing the baby as a “foreign” invader. So the immune system doesn’t work as actively as it did before, leaving you with less severe symptoms.


Treatment of rheumatoid arthritis during pregnancy

Unfortunately, not all women suffering with rheumatoid arthritis will be free from joint pain and discomfort during pregnancy. In fact, some of them might even have severe flare-ups of the symptoms. Going by a rough estimate, about 40 to 50 percent of RA-affected pregnant women need drug treatment. Some of the drugs that – according to experts – pregnant women can safely take to lessen the RA pain are Prednisone, Plaquenil, and Enbrel during the second and third trimesters. Prednisone is also safe to take while breastfeeding the baby.

According to guidelines on rheumatoid arthritis in pregnancy, women who’ve enjoyed milder symptoms during pregnancy should remember that there’s a fair chance that the symptoms will get back to normal severity again post-delivery.

While all new mothers need help from family or friends, mothers with RA might need extra care and attention post-partum when they find themselves having to deal with a severe disease flare-up just as they are trying to recover from child birth and adjust to the new situation in their life.

Sexual dysfunction seen in one third of all rheumatoid arthritis patients: Study