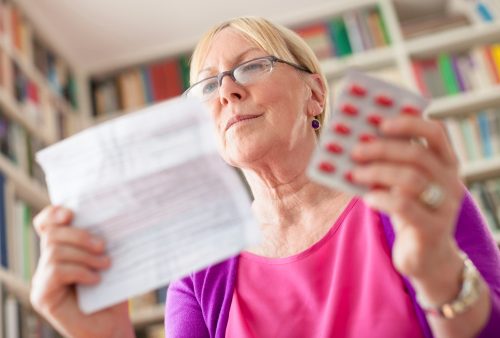 Some patients with ovarian cancer have a mutation in the BRCA1 gene. In the study, the researchers found that those patients responded well to the rheumatoid arthritis drug.

Researchers from Plymouth University tested auranofin in treating BRCA1 and BRCA2 gene mutations. The researchers found that when ovarian cancer cells were treated with auranofin, the drug attacked and damaged those cells that carried BRCA1 mutation. Survival rate of cancer cells reduced 37 percent.

Clinical trials are now underway to hopefully repurpose the rheumatoid arthritis drug to help fight off cancer cells in ovarian cancer with a BRCA1 gene mutation.

Researcher Awadhesh Jha said, “It suggests that auranofin has the potential to be considered for future clinical studies to treat such ovarian cancers and this could serve as the springboard to use other available drugs, which are not used as chemotherapeutic drugs. Using drugs such as auranofin to treat cancer is highly promising, since they are readily available and their pharmacological and toxicological properties are well-documented.”

Your doctor may also prescribe painkillers like Advil or Tylenol, or even corticosteroids and prednisone depending on the severity of pain.

Typically, your doctor may begin with nonbiologics, and if there’s no relief than they will move to biologics. Nearly 30 to 70 percent of rheumatoid arthritis patients will benefit from biologics but, on the other hand, nearly 40 percent of patients won’t benefit from any kind of treatment, so it’s important to try different options to determine which one works best for you.

As with any medication, biologics and nonbiologics can lead to side effects, so speak to your doctor prior to beginning medication to determine if the benefits outweigh the risks.