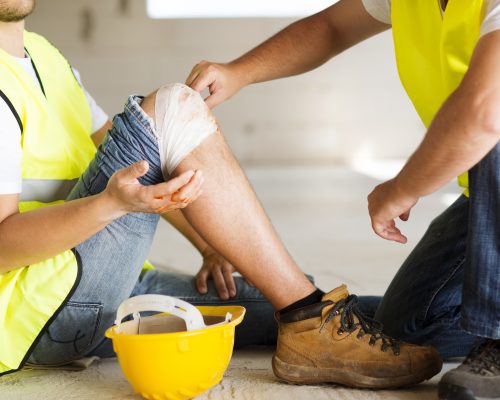 The researchers also established that infusing a joint fracture with stem cells increased bone volume while the fracture was healing, but the rheumatoid arthritis drug was more successful in reducing inflammation and the risk of arthritis.

Researcher Steven Olson said, “The traditional approach is to take a complicated problem like a knee fracture, and dissect it and look at each element – the load that goes across the joint, the force that’s transmitted to the bone and cartilage, the blood, and inflammation. While these pieces are interesting, all of these things are happening at once. It’s hard to make sense of these pieces in isolation. We needed to look at the joint as a whole. The big step was creating the model.”

“Right now, the only thing we can offer many people is surgery. But with this much better understanding of why arthritis develops, in the future we may be able to offer additional treatment to actually prevent its onset,” Olson concluded.

Post-traumatic arthritis results from a bone or joint injury that over time leads to local arthritis. As many as 15 percent of osteoarthritis cases are a result of a previous bone injury, and having damaged joints increases your risk of developing osteoarthritis seven-fold.

Preventing post-traumatic arthritis involves paying careful attention during physical activity in order to prevent injury – of course, this is often easier said than done. Even in your occupation, you are at risk of post-traumatic arthritis if you overuse the same joints. Being mindful of your movements and taking the necessary safety precautions can help reduce your risk of injury.

Know your limitations. If something doesn’t feel right don’t proceed to carry through as it can increase your risk of injury.

Is gluten-free diet good for rheumatoid arthritis? The celiac disease and arthritis connection