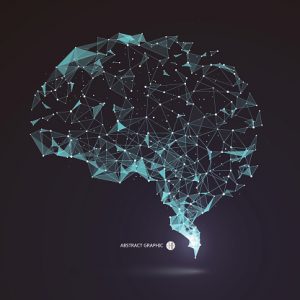 Most of us have heard about how early infancy offers the best window of opportunity for sensory learning, including sound and other forms of stimulation. We have also been exposed to the notion that as we age, it is common to have difficulty learning. Now a new study is suggesting that it’s possible to reverse old brain so that you can teach an old dog new tricks.

Many people have said that learning to speak a new language or play a new musical instrument is harder as they get older. There has always been an assumption that the brain’s ability to distinguish between sounds declines over time; however, recent research seems to indicate that we can start reversing old brain by using genetic tools or drugs.

Researchers at St. Jude Children’s Research Hospital in Memphis, Tennessee have discovered that levels of the chemical adenosine increase in the part of the brain responsible for sensory processing as mice get older. As a result, learning is impaired. When the old mice are played two tones that are similar in pitch, they are not able to distinguish between the two sounds. However, when genetic tools or drugs are applied to reduce adenosine signaling, the mice are able to tell the difference between the sounds. It is as if there is suddenly a restoring of brain function.

During the study, the researchers exposed old mice to constant background noise and then they played a slightly different tone in addition. The new sound startled the mice, thus demonstrating they were able to distinguish it from the background noise. When adenosine signaling was blocked, the research team could see that there was an increase in the number of neurons that responded to sound. This is a process called neuroplasticity. Researcher Jay Blundon has said if neuroplasticity and tone discrimination could be enhanced in older people, it just might be easier for them to learn new skills. Blundon believes that training the brain and improving auditory plasticity could also be helpful in situations where a person has suffered from a stroke or tinnitus. His theory is that different auditory neurons could be trained to take over the role of those destroyed by a stroke, or to replace those that have become hyperactive as a result of tinnitus. Tinnitus is a condition characterized by hearing sound when in fact no external sound is present.
Some doctors in Australia are familiar with the St. Jude findings and have suggested that they could be applied to people with cochlear implants. A cochlear implant is an electronic device that replaces the function of a damaged inner ear. Essentially, the implants provide sound signals to the brain. Adults tend to adapt slowly to the devices, but experts at the University of New South Wales in Australia are wondering if adenosine can be targeted to speed up the adaptation process.

While all of this sounds promising, Blundon and his research team admit that they are not ready for human studies just yet. Right now there is investigation underway to determine whether there are ways to specifically control adenosine so clinical treatments can be developed.

Despite the fact that human tests are not yet on the horizon, those who work in the field of neurology and biology are encouraged by this latest discovery. They know that this could be the first step in helping our older population develop better learning skills, and being able to learn new skills later in life could be empowering for many people.