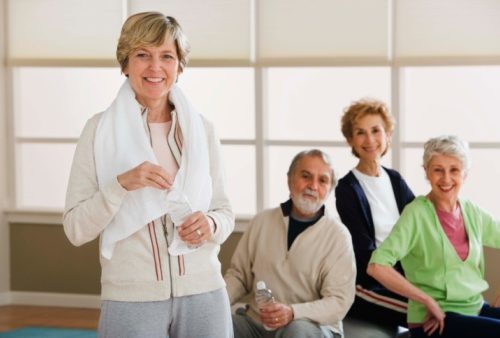 The human body needs to struggle to survive. It’s estimated that the human body must withstand thousands of individual assaults from free radicals. Yet amazingly, the body has the ability to heal itself and rebuild the damage.

Chiropractic care becomes important in the anti-aging battle because it aids in joints regaining their full range of movement, and allows for proper nervous system function as well. They become able to lubricate themselves, reducing friction and thus preventing the wear and tear that leads to arthritis. As anyone suffering from arthritis will tell you, joints that do not move can cause pain and impair movement. Chiropractic care helps restore proper motion to stiff joints.

Another main purpose of a chiropractic adjustment is to remove the buildup on the nervous system which then allows the body to better heal itself.

Physical nerve stress occurs when the spinal bones are thrown out of alignment. This sort of trauma is caused every day by serious sports and car accidents. But smaller traumas including bad posture, and poor sleeping position can damage the spine and nervous system in a serious way as well. These types of stresses cause a deficiency in healthy brain-body signaling and an increased release of the stress hormone cortisol.

This disrupts the body’s ability to heal and the nervous system to function. Chiropractic care has been shown to be a powerful method of enhancing the body’s self-healing ability, also proving to be powerful in the anti-aging battle and the battle with your nervous system.

Society assumes that the older people get the less likely they become to move their limbs easily.

Yet, we regularly see many people in their later years out and about, moving just as gracefully as twenty year olds! Older people DO have the ability to participate in activities like yoga, running, and even weight lifting through their full range of motion, allowing them the full benefits of these anti-aging practices. Now that’s getting the most out of life!

Spinal function is of the utmost importance in Chiropractic care. A Chiropractor can help to realign your spine, and the spinal cord can remain unobstructed in the spinal column, which allows it to its full capacity. This allows it to control and coordinate every bodily process, as it is meant to do, without any interference.

So keeping the main points of Chiropractic care in mind, do you think a body carrying out its functions unimpeded will be able to carry out those functions longer than one that is obstructed? The fact is that no nutrient can be digested nor may any exercise be performed, without a properly functioning nervous system. So when it comes to your battle against the clock, doesn’t it make sense to take impeccable care of the only spine and nervous system you have?