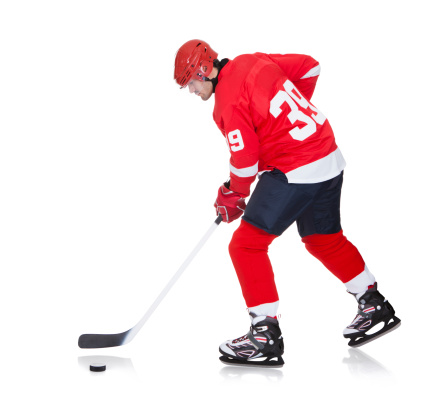 With the NHL playoffs in full swing, hockey fans are showing their support by wearing team colors and cheering from the stands (or from home). As any hockey fan knows, the sport can be very dangerous, as players frequently get body checked, fall onto the ice, and even get into the occasional fistfight. But what most people don’t know is that many retired hockey players show signs of cognitive dysfunction years after leaving the NHL.

A study that began in 2010 and was led by Dr. Brain Levine, a neuropsychologist and senior scientist at the Rotman Research Institute, explored the symptoms that retired professional athletes had after years of contact-heavy ice hockey. He and his team focused on cognitive and behavioral functioning in relation to their age, concussion history, and genetic risk.

“There has been a lot of attention on repeated concussions and neurodegenerative disease, particularly in post-mortem samples of ex-athletes,” says Dr. Levine. “There is a need for more comprehensive assessment of mental and behavioral changes during life. This longitudinal study will allow us to track changes over time to better understand aging and brain health in retired professional athletes.”

In the study, 33 retired male professional athletes, along with 18 healthy males from the community of similar ages, were tested. The healthy males were used as a control group as they did not have a history of playing professional contact sports. Testing consisted of traditional paper and pencil tests as well as cognitive tests, questionnaires, and brain imaging studies. These tests required several months of setting up the right series of tests to accurately evaluate the retired hockey players and marks one of the most comprehensive longitudinal studies in this field.

Participants of the study also provided a blood sample for genetic analysis with emphasis on the APOE gene—a possible influence in the development of late-onset Alzheimer’s disease.
Both groups of males were found to perform similarly on tests of attention and memory, but a subtle disadvantage was appreciated in the retired hockey players in executive and intellectual functioning, with performance on these tests seen to been related to the number of concussions previously sustained. The researchers also found that the APOE4 gene—associated with increased dementia risk in previous studies—was linked to psychiatric symptoms such as a depressed mood in the retired hockey players, but longitudinal testing is required to determine this significance.

A longitudinal study is an observational research method in which data is gathered over long periods of time. Levine and his team plan to test the retired hockey players every four years as they work on a series of related papers. The players will also be given the option of donating their brains post-mortem to further neuropathological study.

Increased need for sleep a warning sign for dementia?