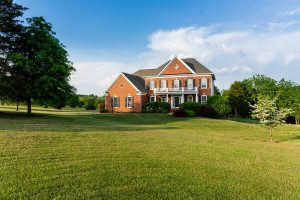 Those concerned about heart health may want to move to a green neighborhood. According to new research, those who live in areas with higher levels of greenness are less likely to develop cardiovascular disease.

“Higher levels of greenness were associated with lower rates of heart conditions and stroke over time, both when an area maintained high greenness and when greenness increased,” said study author Dr. William Aitken. “It was remarkable that these relationships appeared in just five years, a relatively short amount of time for a positive environmental impact.”

Creating more green spaces within a community has many health benefits. This study set out to find if it had any relationship with rates of heart disease. Researchers also examined whether planting more vegetation could affect the outcome of heart disease over time.

The study included 243,558 older adults over the age of 65 who lived in Miami between 2011 and 2016. Medicare records were examined to record any incidence of new cardiovascular conditions, including heart attack, atrial fibrillation, heart failure, ischaemic heart disease, hypertension, and stroke/transient ischaemic attack.

Among participants who developed a cardiovascular condition during follow-up, those who lived in higher greenness areas developed 4% fewer new diseases than those in low greenness blocks.

The second part of the study found that participants who lived in areas that become greener compared to those who continued to live in areas with low vegetation had 15% lower odds of developing new cardiovascular conditions.

The researchers believe there may be multiple factors that can account for these observations. For example, people living in greener areas may do more outdoor exercise and could feel less stress due to being surrounded by nature. Vegetation could also provide some protection from air and noise pollution.

This study helps to show how important green spaces are, especially for those living in the city. Tree planting is a relatively low-cost investment that can enhance health and well-being in many circumstances.