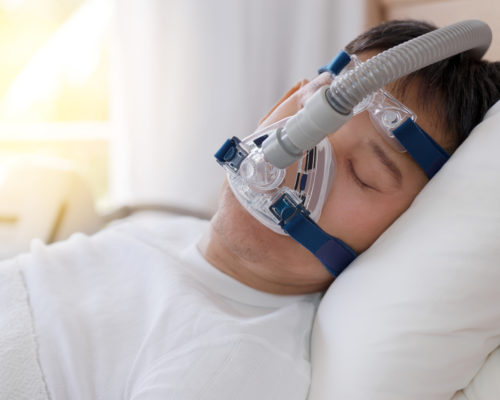 The study, published in the journal Sleep, has found that plaques start in the same place and spread the same way in the brains of people with obstructive sleep apnea as in those with Alzheimer’s disease. These amyloid plaques are toxic to brain cells and are well-known indicators of Alzheimer’s disease.

Scientists have long known that the two diseases are related, but what drives the connection is still unclear.
Lead investigator Professor Stephen Robinson said, “We know that if you have sleep apnea in mid-life, you’re more likely to develop Alzheimer’s when you’re older, and if you have Alzheimer’s, you are more likely to have sleep apnea than other people your age.”

“It’s an important advance in our understanding of the links between these conditions and opens up new directions for researchers striving to develop therapies for treating, and hopefully preventing, Alzheimer’s disease.”

For the study, researchers investigated the extent of Alzheimer’s-like indicators in autopsy tissue from the hippocampus of 34 people and the brainstems of 24 people with obstructive sleep apnea. Both amyloid plaques and neurofibrillary tangles were also analyzed, which are other known indicators of Alzheimer’s disease.

It was found that those with Alzheimer’s disease, plaques, and tangles first appear in a nearby cortical area and then move into the hippocampus, which is the part of the brain associated with memory. It then began spreading to the rest of the cortex.

The study found the same plaques and tangle in the brains of people with severe sleep apnea.

The study participants showed no clinical symptoms of dementia before they died, suggesting they may have been in an early pre-dementia stage. Robinson explained, “While some people may have had mild cognitive impairment or undiagnosed dementia, none had symptoms that were strong enough for an official diagnosis, even though some had a density of plaques and tangles that were sufficiently high to qualify as Alzheimer’s disease.”

The next stage of research will be to continue analyzing samples to get a full understanding of the neuropathology. This would include examining inflammation signs and changes to the blood vessels that supply nutrients to the brain. A larger study would be beneficial to establish these findings of brain damage in a broader population.

By understanding the complex association between Alzheimer’s disease and sleep apnea, doctors can offer better treatments and prevention measures to patients. It is imperative for those with plaque buildup to understand the way it spreads in the brain and how it can be treated.

This study will help advance the research in Alzheimer’s and offer new perspectives on how it develops in the brain and the associations to other health issues.