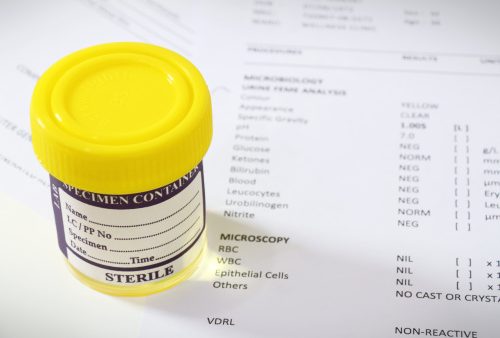 The American Cancer Society estimates that in 2013, there will be approximately 72,570 new cases of bladder cancer detected in the United States, and about 15,210 deaths occurring from bladder cancer during this time. Researchers from the Spanish National Cancer Research Institute have found that over 70 percent of bladder cancer tumors display somatic mutations in the TERT gene. This discovery could lead to better detection rates as well as new treatment options for bladder cancer patients, which has the potential to lower the number of new bladder cancer cases and death rates.

What is Bladder Cancer?

Bladder cancer is a type of cancer that usually begins in the cells that line the inside of the bladder.   Bladder cancer develops when these cells start to grow abnormally, and begin to develop mutations that end with the formation of a tumor. Older adults are more commonly affected, however, like most types of cancer, bladder cancer can occur at any age. Symptoms of bladder cancer may include: bloody urine, frequent urination, painful urination, pelvic pain and/or back pain. While cancer in the bladder is usually diagnosed in its early stages, this disease can often re-occur. This means that bladder cancer survivors often undergo years of follow-up testing after their initial diagnosis and treatment period.

Genetic and molecular testing was performed on more than 450 patients diagnosed with bladder cancer, including cases with indolent and aggressive type tumors. The researchers looked at the TERT gene mutations in these patients and found that TERT mutations occurred in over 70 percent of the tumors. However, they did not find a correlation between gene mutations and tumor aggressiveness or on the survival of the patients. The researchers state that the fact that the TERT gene mutations are present during all phases of tumor aggressiveness, suggests that the mutations occur early during carcinogenesis (the process take transforms cells into cancer cells).

The TERT gene is involved in protecting DNA using a protein made by the TERT gene. This protein is the reverse transcriptase of the telomerase complex which helps to lengthen the telomeres. Telomeres are the protective structures for genetic material which are located at the end of chromosomes. Additionally the TERT gene plays a role in cellular aging processes and in cancer. Further research is needed to determine how the TERT gene mutations and affected telomere length aid in the carcinogenesis process. However, for now, finding that TERT gene mutations occur in the majority of bladder cancer tumors suggests that there is indeed a link that could lead to new detection and treatment options for bladder cancer patients.