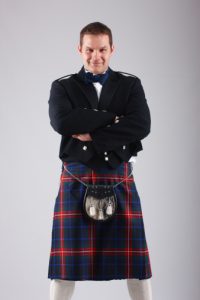 Many people have seen men wear skirts on Halloween, on television, or have attended a wedding in which the groom insisted on wearing a traditional kilt (sometimes, to the bride’s dismay). But, despite traditional North American notions about appropriate attire for men,  new research reveals that men in skirts may actually be onto something—according to the Scottish Medical Journal, kilt wearing men may be more fertile and have better rates of healthy procreation.

Infertility – the inability to conceive a child – is often associated as a female issue; however, in actuality, infertility affects men and women in equal numbers. In fact, approximately 7.5 to 12 percent of adult males are infertile, and infertility rates are on the rise.

Male infertility is caused by a variety of factors, and some of the top causes include problems with semen, sperm with an abnormal shape and/or size, slow sperm mobility and, perhaps most commonly, a low overall sperm count. Lifestyle factors such as excessive alcohol intake, obesity, smoking and poor diet can all reduce sperm health and increase a male’s risk for infertility.

On the other hand, making healthy lifestyle choices can increase fertility, and according to Erwin JO Kompanje, (Senior Researcher at the Intensive Care department of Erasmus MC University Medical Centre, Netherlands), throwing away those jeans for a kilt may actually enhance sperm health and fertility.

The researcher concluded that “…men who regularly wear a kilt (without underpants) during the years in which they wish to procreate will, as a group, have significantly better rates of sperm quality and higher fertility.” Although this conclusion makes sense, it should be noted that there have been no large-scale scientific studies to directly prove this assumption. However, there has been a study on the effects of wearing tight underpants, and the study confirmed that it does in fact increase the temperature deep inside the scrotum.

According to Kompanje, the benefits of wearing a kilt are not purely due to the decrease in scrotum temperature. “Wearing a kilt has strong psychological beneﬁts. A kilt will get you noticed no matter where you are. Research indicates that men wearing a kilt experience a strong sense of freedom and masculinity and that many women are attracted to men in kilts.”

He concluded that, “because the kilt is a purely masculine garment, men need not be ashamed of or be reticent about the therapeutic wearing of a kilt for a certain period of time, to possibly improve sperm quantity and quality.”