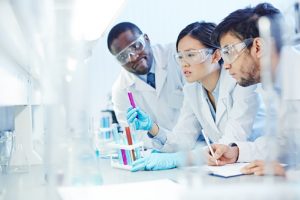 More than 27 million Americans suffer from type 2 diabetes every day. It is a metabolic condition that affects the body’s ability to regulate the use of blood sugar via a hormone called insulin. Type 2 diabetes has been linked to a variety of genetic causes and environmental risk factors. However, the exact mechanism behind how it develops is not completely understood.

Researchers from McGoven Medical School at The University of Texas Health Science Center at Houston believe they have discovered the cause of diabetic symptom development. Their findings suggest that the misfolding of a particular protein produced in the pancreas—the organ responsible for insulin production—is the culprit.
More interestingly, their research raises the possibility of type 2 diabetes being transmitted by a mechanism similar to how mad cow disease is transmitted.

What we know about type 2 diabetes

What is known is that 90 percent of type 2 diabetes patients show abnormal protein deposits in their pancreatic islet cells—the particular region responsible for producing insulin. The precise reasoning for the deposit of these misfolded proteins is not clear, but it may damage and kill the cells responsible for insulin production. In this respect, type 2 diabetes shows parallel to other diseases caused by misfolded proteins such as Alzheimer’s disease or Parkinson’s.


The main point of interest to the researchers is the ability for misfolded proteins to aggregate, severing as “seeds” that further promote additional misfolding. The scary part of this is that in the case of mad cow disease, these seeds can be transmitted from one individual to another.

Studies investigating this hypothesis in mouse models are currently underway, but the researchers stress that it is far too early to conclude that type 2 diabetes is a transmissible disease without the support of additional studies.

“Until now, this concept has not been considered. Our data, therefore, opens up an entirely new area of research with profound implications for public health. Perhaps more important than a putative inter-individual transmission, the prion-like mechanism may play a key role in the spreading of the pathology from cell to cell or islet to islet during the progression of type 2 diabetes,” said Claudio Soto, a researcher at McGovern Medical School at The University of Texas Health Science Center at Houston.