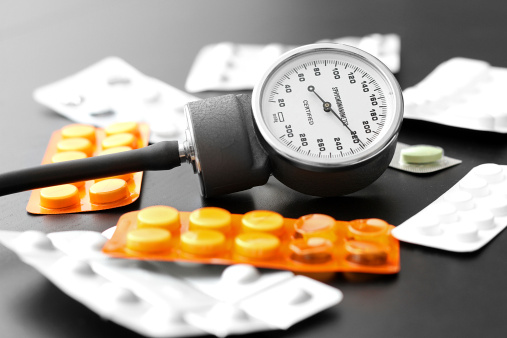 Blood Pressure Medication and Our Brains

Blood pressure medication, commonly referred to as ACE (Angiotensin-Converting Enzyme) inhibitors, has been studied before in relation to brain activity. Experts concluded that these medications could delay the onset of dementia.  Now scientists have discovered that the inhibitors have the ability to actually enhance the way the brain works, thus becoming useful in the management of dementia and Alzheimer’s disease.

During an intense study, the researchers from Canada and Ireland examined over three-hundred and sixty patients who had all been diagnosed with Alzheimer’s, vascular dementia or a mix of the two.  Eighty-five patients were already taking ACE inhibitors. They took thirty patients who were put on the medication for the first time and tested them over a one year period. The scientists from McMaster University in Hamilton and Ireland’s University College Cork tested the patients six months apart.  The thirty who began taking the ACE inhibitors for the first time showed improvement in brain function, compared to those already taking them and those not taking them at all.

The scientists admit that when people first start a new drug they tend to be very careful about taking the pills, while those who have been on the medication for a long time might be less attentive thus impacting the test results. They are hopeful though that their study is an indication of improved blood flow to the brain as the need to take medication is a recurring thought. They say that although the differences were small in their study, if “sustained over years the compounding effects” could make a significant difference in the lives of people who suffer from both dementia and Alzheimer’s.

There is no easy treatment or cure for dementia and Alzheimer’s disease making the Canadian/ Irish study all the more significant. According to the Geriatric Mental Health Foundation, about nineteen million Americans have a family member suffering from Alzheimer’s disease and over 360 000 new cases are reported each year.


Caution – ACE Medication isn’t for Everyone

ACE medication helps the blood vessels relax and open up so that blood pressure lowers. While they work well for some people, they can be dangerous for others. Some people simply have sensitivity to the medication.

The researchers involved in this latest study agree that the medication can be harmful to some patients. For this reason, they are eager to see wider studies on the use of ACE inhibitors and people who are suffering from dementia.

To learn about another, natural and safer way of maintaining a healthy cardiovascular system, enhancing your brain health, boosting your metabolism, strengthening your immunity and other benefits, click here.