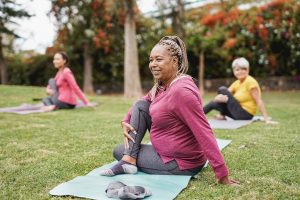 New research sheds light on an essential connection between exercise and its impact on gut and brain health in patients with Parkinson’s disease. When looking for new ways to treat patients with the condition, it has been standard for many clinicians to only look at the brain.

The study published in the PTJ: Physical Therapy & Rehabilitation Journal explores the connection between the gut and the brain and how it could impact those with Parkinson’s disease. The role of exercise is also examined to find any improvements in gut health.

This study adds to other research that explores the idea that Parkinson’s disease goes beyond the brain and central nervous system. Patients with Parkinson’s disease may have well-known symptoms such as tremors and motor issues, but others may also have gastrointestinal issues, including bloating and constipation.

“When we speak with other researchers and clinicians in the field of Parkinson’s disease, they are perplexed at first, saying, “You want to treat the gut microbiome? But it’s a brain disease,'” said Kaylie Zapanta, co-author of the study. “Dr. Fisher and I are coming at this from an alternative perspective. Yes, there are brain deficits, but there are also a lot of gut dysregulations that should be looked at further.”

Until people realize the gut and the brain are highly connected, it may not make sense. For instance, the gut microbiome produces neurotransmitters like dopamine and serotonin, which are then sent to the brain.

This new research shows that people with Parkinson’s might experience gastrointestinal symptoms because the gut microbiome isn’t functioning properly. Researchers believe that patients may have these cognitive issues in part because their gut is dysregulated.

The Importance of Exercise

As far as exercise is concerned in treating Parkinson’s disease, the idea is more of a perspective as there is no solid data yet. A lot of past research has been gathered to explain how the gut is involved in Parkinson’s disease, and it shows that exercise can help restore the gut microbiome.

Zapanta and his team would like to continue performing a long-term study looking at how different exercise modalities such as aerobic exercise and strength training could help restore the microbiome and potentially ease symptoms in those with Parkinson’s disease.

Many physical therapists are getting excited about this research because it could offer a new way to look at treatments for their patients. It’s a complex relationship, but if it can be understood at a basic level, patients with Parkinson’s disease can be treated more effectively to receive therapeutic benefits.