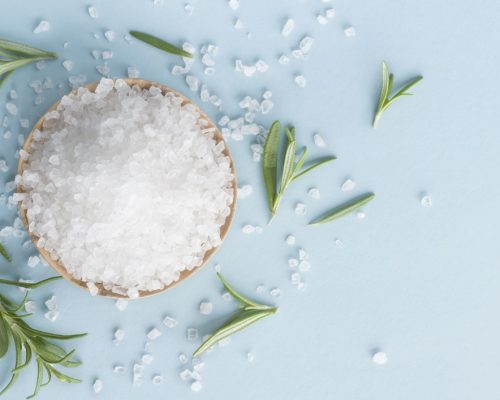 According to new research, replacing salt with a low-sodium alternative can lower the risk of stroke in people with high blood pressure. Published in the New England Journal of Medicine, the study looked at the effects of sodium on heart disease, stroke, and death.

Previous studies have shown that both elevated sodium and low potassium intake are associated with high blood pressure, cardiovascular disease, and premature death. Salt substitutes have been shown to lower blood pressure, but there have been concerns about using them in people with chronic kidney disease, as they could cause hyperkalemia, which may lead to cardiac arrhythmias and sudden death.

This new study was conducted in 600 villages in the rural areas of five provinces in China. There was a total of 20,995 participants who were divided into two groups.

One used regular salt, and one used a salt substitute that had about 75% sodium chloride and 25% potassium chloride. Participants in the salt substitute group were encouraged to use the replacement more sparingly than they would normally use salt to maximize their sodium reduction.

Researchers set an average follow-up of 4.74 years and found that more than 3,000 people had a stroke, more than 4,000 died, and more than 5,000 had a major cardiovascular event. Of these events, it was noted that the risk of stroke was reduced with a salt substitute compared to regular salt.

Major cardiovascular events were also reduced in the group that took the salt substitute, along with total mortality.

Principal investigator Professor Bruce Neal said, “This study provides clear evidence about an intervention that could be taken up very quickly at very low cost. A recent modeling study done for China projected that 365,000 strokes and 461,000 premature deaths could be avoided each year in China if a salt substitute was proved to be effective. We have now shown that it is effective, and these are the benefits for China alone. Salt substitution could be used by billions more with even greater benefits.”

Low-sodium salt substitution is a more practical way of achieving changes in the amount of salt that people consume. Many people struggle to reduce their salt intake, and this provides a way to achieve a reduction in daily consumption.