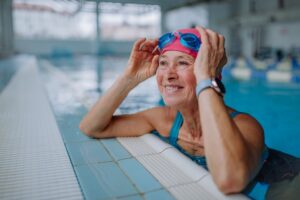 Scientists have long touted the benefits of regular physical activity for heart health, and new research shows that this holds true even in heart attack cases. In a recent study, individuals who were physically active before experiencing a heart attack were significantly less likely to have a second heart attack in middle age than those who were inactive.

These findings emphasize the importance of maintaining a physically active lifestyle to reduce heart disease risk and improve overall cardiovascular health. So, next time you want to skip your workout or forego that afternoon walk, remember that staying physically active can go a long way in preventing future heart attacks.

For this new study, researchers examined data from 1,115 adults in Mississippi, Minnesota, Maryland, and North Carolina who had a heart attack between the mid-1990s and the end of 2018. The average age was 73 at the time of the heart attack.

All participants reported exercising at two time points in the years before their heart attack. Questionnaires were used to track leisure time activities, sports, and work-related physical activity such as household chores. All participants received a total exercise score.

“Our study provides additional evidence for the value of maintaining high physical activity levels in middle age before you have a heart attack, which can contribute to a better prognosis afterward,” said the study’s lead researcher, Yejin Mok.

It has long been known that regular physical activity can help to prevent stroke, heart attack and other forms of cardiovascular disease. However, this new study was one of the first to explore whether exercise protects against another serious cardiovascular event after an initial heart attack.

As this study shows, keeping the heart strong and healthy is vital for enjoying a high quality of life as you age. Heart Rescue was designed to help support and promote cardiovascular health using a variety of ingredients, including omega-3 fatty acids, CoQ10.

The omega-3 fatty acids play an important role in cardiovascular function, while CoQ10 is involved in energy production at the cellular level. These two heart superstars are supported by five other ingredients that can help to promote and support cardiovascular function as you age. This formula’s health benefits can help strengthen the heart muscle, support circulation, and help reduce the risk of heart disease.