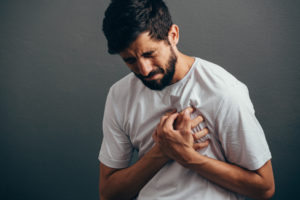 Research shows that people who practice regular meditation have better cardiovascular health compared to those who don’t take time to meditate. In a data analysis by Veterans Affairs, researchers were able to show evidence for what many experts believe about meditation. Meditation may be of benefit for cardiovascular risk reduction.

Previous research has suggested that meditation may be beneficial for several health conditions. In 2019, a scientific statement from the American Heart Association suggested that meditation may be of benefit for cardiovascular risk reduction. The data showed that it could be helpful for lowering blood pressure, cholesterol levels, quitting smoking, and overall cardiovascular health.

Published in the American Journal of Cardiology, this study used data from the National Health Interview Survey conducted annually by the National Center for Health Statistics. This center collects information on a wide range of health topics from a nationally representative sample.

By using a large database with participants from across the US, researchers set out to gain further evidence on how meditation could impact cardiovascular disease risk. Data was used from more than 61,000 survey participants, which had approximately 10% of people who participated in some form of meditation.

Researchers found that people who meditated showed lower rates of high cholesterol, high blood pressure, stroke, diabetes, and coronary artery disease. This was compared to participants who did not meditate.

For all the health benefits shown from meditation, coronary artery disease had the most significant difference. It was found that those who meditated were 51% as likely as those who didn’t meditate to have the disease. The other cardiovascular risks in the meditation group compared with the non-meditation group was 65% for high cholesterol, 70% for diabetes, 76% for stroke, and 86% for high blood pressure.

Some Limitations to the Study

Researchers do caution that there were several limitations to the study. It was unclear which meditation type participants were using. Some meditation types could offer more cardiovascular benefits than others, or the duration or intensity could also alter the effectiveness of the benefits. More studies are needed, including a clinical trial, to determine whether meditation could benefit cardiovascular health.

“I believe in meditation, as it can give us a sense of calm, peace, and stress reduction, leading to improvement of our emotional well-being,” explained lead researcher Dr. Chayakrit Krittanawong of the Michael E. DeBakey VA Medical Center, Baylor College of Medicine, and the Icahn School of Medicine at Mount Sinai.

This study adds to the growing body of research on the potential health benefits of meditation. It can be a simple, low-cost, low-risk practice that can help to increase both physical and mental relaxation. Some studies have also shown it could even lead to long-term functional and anatomical changes in the brain. Many experts agree that people should be performing some form of meditation daily to reap the many health benefits associated with the practice.