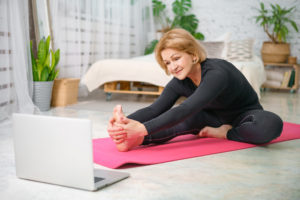 Getting enough exercise is important for everyone, but for those with atrial fibrillation, it could mean avoiding early mortality. A study published in the European Heart Journal has found that regular endurance training and healthy fitness levels seem to protect against serious cardiovascular events in those diagnosed with atrial fibrillation.

The study included 1,117 people aged 70 and older who participated in the Trøndelag Health Study (HUNT Study) between 2006 and 2008. All participants had been previously diagnosed with atrial fibrillation. National health records were used to find out how many participants died and how many were impacted by cardiovascular disease in the years leading up to and including 2015.

“It’s worth noting that this is an observational study, so the results cannot be used to establish definite causal relationships. However, we’ve tried to isolate the relationship between exercise and health risk as much as possible by adjusting the analyses for all other known differences between people who exercise a lot and a little,” Garnvik says.

To calculate the fitness level of participants, researchers calculated the condition of atrial fibrillation using CERG’s widely used Fitness Calculator. It was found that the participants with the lowest calculated fitness levels had the highest mortality risk during the follow-up period.

“For every 3.5 point increase in fitness score, the risk of dying dropped by 12 percent over the next eight to nine years. In the case of cardiovascular-related deaths, this risk reduction was 15 percent,” Garnvik says.

“Both our research and other research suggests that staying in shape can be even more crucial to health than the level of physical activity. Our genes determine some of our fitness, but the vast majority of people can improve on their gene pool by exercising properly. This is also the case for individuals with atrial fibrillation,” he added.
It was found that four months of regular interval training can reduce flutter length and symptoms of atrial fibrillation. In addition, exercise can increase the quality of life and heart function.

Garnvik. concluded, “We know that very high levels of exercise over many years can increase the risk of developing atrial fibrillation. However, this is not something most of us need to worry about. Too little physical activity is a much greater cause of atrial fibrillation in the population than people exercising too much.”