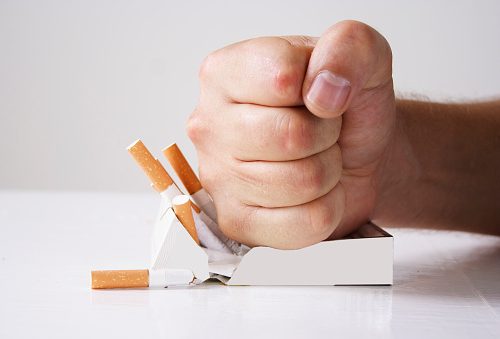 An FDA-backed study suggests getting a smoker to quit isn’t as easy as reducing the amount of nicotine in their cigarettes.

The study took place over the course of two years and involved 135 smokers. The test group smoked cigarettes with varying levels of nicotine. There were five levels to the nicotine content, which was reduced gradually over the course of one year.

The control group smoked their regular brand over the same year. After the first year, all participants were followed for an additional 12 months. Some returned to their old brand and others quit.

After the two years the amount of participants who quit smoking in either the test group or the control group were roughly the same – there was no significant results from either group.

“We don’t know that very low nicotine cigarettes will not work to reduce nicotine dependence and enhance quitting, but progressively reducing nicotine content of cigarettes in the way we did, without other means of supporting smokers, did not produce the desired results,” said lead author Dr. Neal Benowitz.

The study was published in the journal Addiction.