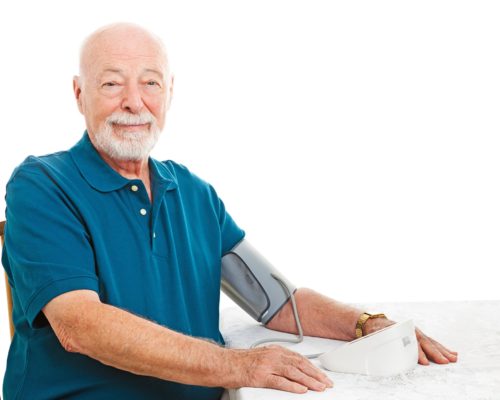 The latest research findings uncovered that reducing blood pressure among seniors helps reduce the accumulation of brain lesions. These benefits were seen among seniors who took medications to keep their 24-hour systolic blood pressure at 130 mm Hg as opposed to those who kept it at 145 mm Hg. A reduction of brain lesions was not associated with improved mobility or cognition, but three years may not be enough time to observe these benefits.

One of the principal investigators Dr. William B. White explained, “I think it’s an important clinical finding, and a very hopeful one for elderly people who have vascular disease of the brain and hypertension. With the intensive 24-hour blood pressure treatment we reduced the accrual of this brain damage by 40 percent in a period of just three years. That is highly clinically significant, and I think over a longer time period intensive reduction of the ambulatory blood pressure will have a substantial impact on function in older persons, as well.”

It is well known that having a greater accumulation of brain lesions is linked with reduced mobility and reduced cognition.

The study included 199 individuals with an average age of 81 who all had hypertension with a systolic blood pressure of 150 mm Hg.

The doctors worked closely with the patients to better control their blood pressure.

Dr. White added, “The average 80-year-old without a major illness such as cancer or heart failure can expect to live about 13 more years, and if you cut back the accrual of vascular damage over the course of that timeframe it could substantially improve a person’s quality of life. In addition, this benefit would likely be amplified in people with more severe or longer-duration hypertension.”

Intensively treating blood pressure also brought with it heart benefits, and these patients had a reduced risk of heart disease.

The study goes to show the importance of keeping blood pressure as low as possible as it can offer a wide variety of benefits to health from the brain to the heart.

Along with medications to reduce blood pressure, you should also adhere to a healthy lifestyle which includes eating well, regular exercise, reducing stress, and getting adequate sleep.