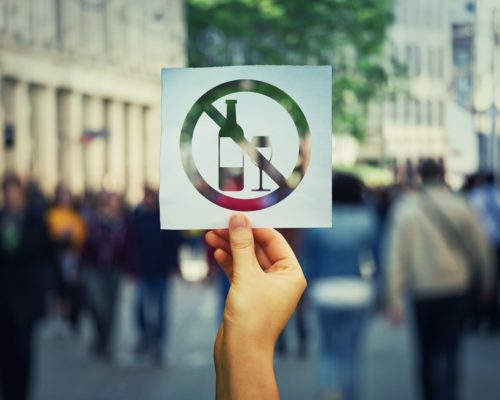 For those with symptomatic heart rhythm problems such as atrial fibrillation, reducing alcohol should be a new year’s resolution. An Australian study of 140 volunteers published in The New England Journal of Medicine has found that eliminating alcohol consumption dramatically cuts the number of episodes of heart rhythm disturbance among moderate and heavy drinkers.

AF is a condition where the upper chambers of the heart beat erratically. It is the most common heart rhythm problem and a leading cause of stroke. Symptoms of the heart condition can include weakness, shortness of breath, and palpitations. It is commonly managed by controlling blood pressure and other factors, and this new study presents a compelling argument for alcohol abstinence to be added to the lifestyle changes suggested.

Researchers found that in patients who averaged 13 drinks per week, atrial fibrillation (AF) reappeared in 73% of cases. However, the rate dropped to 53% among patients in the group who either did not drink, or who consumed two drinks weekly. It was also noted that among the people who had little or no alcohol consumption, it took longer for their next episode of AF to occur.

Co-author of the study Dr. Peter Kistler of The Alfred Hospital in Melbourne said, “What this study shows is the potential impact of alcohol reduction or abstinence in people with symptomatic heart rhythm problems.”

People with AF symptoms who have 10 drinks per week should be advised to abstain or reduce their alcohol use.”

A Significant Reduction in Atrial Fibrillation

Dr. Renato Lopes, a professor of medicine at Duke University Medical Center in Durham, North Carolina, who wasn’t involved in the study, commented on the findings saying, “Alcohol is not only a marker of increased risk of AF (as shown before, based on observational studies), but it seems to be also a real risk factor for AF, because if we ‘treat’ (in this case stop taking alcohol), we have a significant reduction in both the AF burden and the recurrence of AF.”

Researchers note that the study was originally planned to follow patients for 12 months, but they couldn’t find enough volunteers willing to abstain from alcohol for that long. So, for the 10-month study, it was found that it typically took 120 days for AF to reappear in the non-drinking group versus 87 days in the group that wasn’t instructed to reduce alcohol consumption.

At the six-month mark, it was shown that in the drinkers, AF occurred 1.2% of the time and 0.5% of the time in those who did not drink.

“Those who completely abstained had more benefit or a greater reduction in atrial fibrillation compared to those who reduced their intake but continued to drink,” Kistler noted. “If we had had complete abstinence, I think the difference would have been even greater.”

“Doctors often advise patients that having a drink a day can be good for the heart, but that should not apply to AF patients. Even in patients with heart disease, the new results “still suggest that they reduce their alcohol intake substantially.”